A federal appeals court has curtailed an extension of Arizona's voter registration deadline.

Residents now have until Thursday to sign up to cast a ballot in the November presidential election.

HOW SUNBELT STATES COULD BE EARLY INDICATORS OF ELECTION WINNERS

A lower court judge made waves after extending the deadline last week from Oct. 5 to Oct. 23 following a lawsuit from advocacy groups Mi Familia Vota and Arizona Coalition for Change. The two organizations argued that the COVID-19 pandemic had stymied their plans to register new voters.

In a statement Tuesday night, Arizona Coalition for Change wrote that despite disappointment at the higher court's decision, it was proud to have won what amounts to a 10-day extension.

"As a result of this victory for our democracy, tens of thousands of more voters in Arizona will be able to participate in the upcoming November election," the group said.

A panel on the 9th U.S. Circuit Court of Appeals agreed with that assessment, writing that Democratic Secretary of State Katie Hobbs showed the new deadline "has suddenly forced the county recorders in local election offices -- some with limited staffs of only two or three people in rural counties -- to process voter registrations while at the same time mailing and processing early ballots."

The court also disagreed that the pandemic warranted more time for Arizona voters to register for Election Day.

"Registration could be accomplished online or by mail, so in-person contact with potential registrants was unnecessary," said the court. "And the secretary and the governor took steps to mitigate the difficulties. 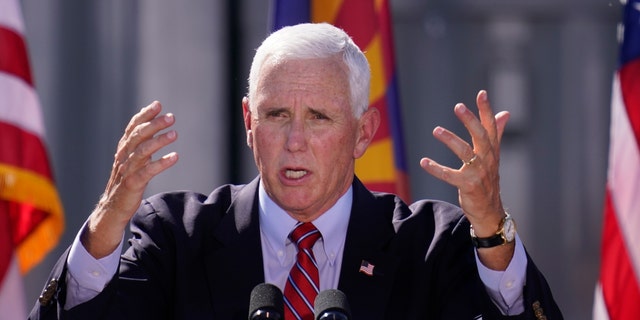 Nevertheless, the groups that filed the initial suit asserted that voters they often hope to reach do not have access to the internet, and U.S. District Court Judge Steven P. Logan noted that "registering to vote has never been easier for some, though others are not so fortunate" in his decision to extend the deadline.

Two of the three judges who ruled on the appeal agreed that the voters who had registered after the original Oct. 5 deadline should get to cast a ballot on Nov. 3.

"They are not eligible to vote in this election, and adding thousands of ineligible voters to the rolls compromises Arizona's election. I would require the Secretary of State to enforce Arizona law," he wrote.

On Monday, the recorder's office in Maricopa County -- home to the state capital of Phoenix -- said more than 7,700 voters had registered since the deadline was extended.

The appeal court's latest decision could still be challenged.

Brnovich's office criticized Hobbs' handling of the case. Though Hobbs was originally opposed to moving the deadline, she did not immediately appeal Logan's decision. When the 9th Circuit Court of Appeals asked Hobbs to weigh in, she announced she would appeal after all.

Hobbs' lawyers said Tuesday they had reached an agreement with the advocacy groups on moving the voter deadline to Friday that the court rejected.

"As a trusted election official, the secretary must be unwavering in her defense of the laws she took an oath to administer and defend," Ryan Anderson of the attorney general's office told AZ Central Tuesday. "Let's hope the secretary gets it right as we move closer to Election Day. Our democracy depends on it."

The hacking group, Energetic Bear, is among Russia’s stealthiest. It appears to be casting a wide net to find useful targets ahead of the election, experts said.

After nearly a decade of violence, Libya’s warring sides have signed a “countrywide and permanent” peace deal. Now the difficult task of keeping the peace and rebuilding the nation begins. RT America’s Alex Mihailovich has the story. #QuestionMore #RTAmerica Get exclusive content and watch full episodes now by downloading the Portable.TV app: http://download.rtamerica.tv/ Like us […]

The state is seeing record case numbers, adding to evidence that the virus is poised to thrive as the weather grows colder.

Joseph R. Biden Jr.'s debate statement that he would "transition" the country away from oil gave President Trump an opening and thrust climate change center stage.

The proposal would protect 30 percent of the continent’s land and water by 2030.