Mike Bloomberg's climate change group is dumping $2.5 million into the North Carolina race for lieutenant governor to support Democrat Yvonne Holley in the final stretch before the election.

"Holley, when elected, will be North Carolina's first African American Lieutenant Governor, and will serve as president of the Senate, chair of the Energy Policy Council, and will determine the fate of critical legislation," Bloomberg's Beyond Carbon Victory Fund said in a statement.

The group also announced Wednesday that it is spending roughly $2 million to support Democrats running for the Arizona Corporation Commission.

"Our Beyond Carbon Victory Fund campaign aims to elect champions of climate action all over the country -- at all levels of government where an impact can be made," said Mike Bloomberg. "These races may not make headline news, but I'm glad to support candidates in North Carolina and Arizona who will be leaders on climate action and the urgent work of moving our country more quickly to a 100% clean energy economy."

Beyond Carbon Victory Fund's North Carolina spending includes $2 million on broadcast and local cable through Oct. 19 and $32,000 on radio through the same date. The group is also spending $431,000 on digital ads to run this week. The group is also supporting a Democratic candidate for state legislature, state Senator Kirk deViere. 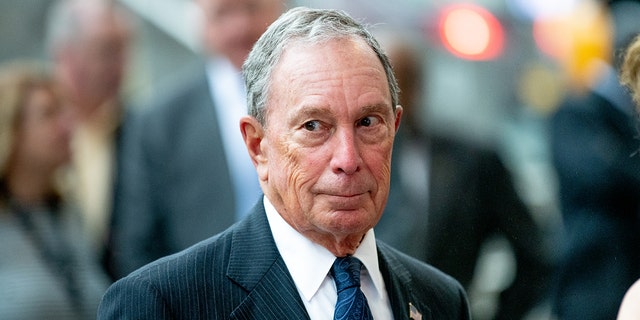 Bloomberg, Democratic presidential nominee Joe Biden's one-time rival, is spending at least $100 million to get Biden elected in Florida, he announced in September. The money is being funneled through Bloomberg's super PAC Independence USA and other Democratic organizations.

Bloomberg famously spent nearly $1 billion of his own money on his own failed presidential bid, which lasted less than five months and ended without him winning any major primary contests in the Democratic primary season.

Out of the 1,000 delegates up for grabs, Bloomberg only took dozens and failed to pick up wins in any major states. Instead, he only won the American Samoa caucuses.

Fox News' inquiry to Holley's campaign was not immediately returned.

LOUISVILLE, Ky. -- A Kentucky judge on Tuesday granted grand jurors in the Breonna Taylor case permission to speak publicly, a rare move that immediately led one juror to assert that prosecutors had not given the panel the opportunity to bring homicide charges in the case. Ms. Taylor, 26, was killed in her apartment in […]

Hi. Welcome to On Politics, your guide to the day in national politics. I'm Nick Corasaniti, your host on Tuesdays for our coverage of all things media and messaging. Sign up here to get On Politics in your inbox every weekday. Image Until a month ago, the biggest-spending Democratic super PAC in the general election […]

Read More
U.S. Government and Tech Firms Push Back on Russia (and Trump)
No Comments

The lack of a required night patrol aboard a scuba dive boat delayed the response to a fire that killed 34 people last year, the National Transportation Safety Board said on Tuesday. The delay allowed the fire to grow unnoticed and "directly led to the high number of fatalities," the board said. A lack of […]

President Trump on Tuesday called on William P. Barr, the attorney general, to take action before Election Day against his Democratic opponent, former Vice President Joseph R. Biden Jr., over his son's foreign work, an extraordinary attempt to pressure the government's chief law enforcement to help him politically. The president made the remark during an […]