EXCLUSIVE: Republican Rep. Jim Jordan, R-Ohio, on Thursday slammed Twitter for intervening to "stop the dissemination of election-related information in a way that helps Vice President Joe Biden's candidacy," saying it "raises serious questions" about election interference, while claiming it reinforces that "Big Tech is biased against conservatives."

Jordan, who sits as the top Republican on the House Judiciary Committee, penned a letter to Twitter CEO Jack Dorsey after the social media platform prevented users from sharing the link to a New York Post report about Hunter Biden's business dealings and the Democratic presidential nominee's past comments claiming he had no knowledge of his son's business activities.

"Despite the article's obvious relevance to public policy, congressional investigations, and the upcoming presidential election, Twitter prevented its users from sharing the link to the Post's article and appended a warning notice when users clicked on the link, calling the material 'unsafe,'" Jordan wrote.

Jordan also noted that Twitter "censored the official House Judiciary Committee website," where committee staff reposted the Post article "in an effort to enable the public to access the article around Twitter's information control."

"Twitter's intervention to stop the dissemination of election-related information in a way that helps Vice President Biden's candidacy raises serious questions about election interference and reinforces the fact that Big Tech is biased against conservatives," Jordan wrote. 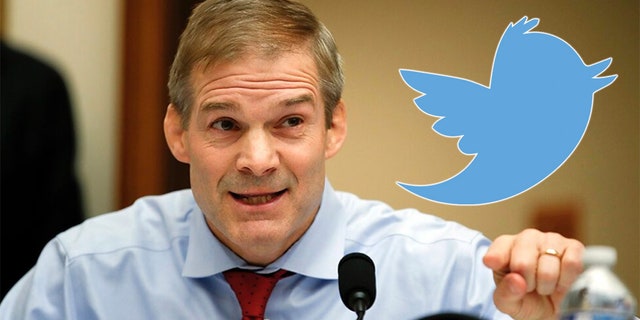 Jordan wrote that "shortly after" the Post published its article, "Twitter began preventing the dissemination of the article on its platform."

"Twitter even locked out the Post from its account, preventing the paper from providing additional information to its followers," Jordan wrote. "Twitter claimed that it censored the Post article because it violated Twitter's 'Hacked Materials Policy,' without any indication that information was obtained through a 'hack'--in fact, the Post reported specifically about how it came to obtain the emails."

"Commentary on or discussion about hacked materials, such as articles that cover them but do not include or link to the materials themselves, aren't a violation of this policy," Twitter said. "Our policy only covers links to or images of hacked material themselves."

"Accounts that Tweet the materials or links to the materials referenced here may be required to delete those Tweets based on our policies on hacked materials and private and personal information," a Twitter spokesperson said Thursday.

But Jordan slammed the response, saying the company's "explanation appears to be an after-the-fact rationalization for its election interference and censorship."

"Notably, neither Hunter Biden nor the Biden campaign have denied the authenticity of the emails reported by the Post," Jordan wrote. "Twitter's decision to affirmatively restrict the availability of election-related information--and in a matter that helps Vice President Biden avoid scrutiny--raises serious questions about Twitter's interference in free and fair elections."

He added: "In addition, Twitter's decision to censor the link to an official website of the United States Congress shows that Twitter may censor any American, anywhere, at any time." 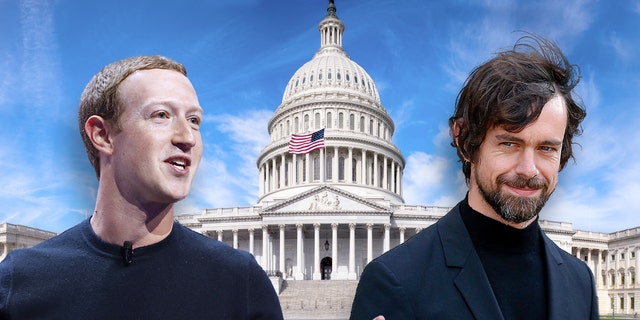 Jordan went on to demand answers from Twitter on why the policy was employed, and whether any Twitter employee "has had any communication with any individual affiliated with the Biden campaign or the Democrat National Committee about Twitter's decision to reduce the dissemination of the New York Post article on its platform."

Jordan also asked for Twitter to explain whether it "intends to report its actions to the Federal Election Commission as an in-kind contribution to the Biden campaign."

Those questions come after President Trump on Thursday accused Twitter and Facebook of being a "third arm of the DNC."

"It is out of control," the president said. "And it's like a third arm, maybe a first arm, of the DNC -- Twitter, and Facebook, they're all, they're -- like really, it's a massive campaign contribution."

The controversy came after the New York Post obtained emails that reveal that Hunter Biden purportedly introduced his father to a top executive at Burisma Holdings in 2015.

The Post report revealed that Biden, at Hunter's request, allegedly met with Burisma adviser Vadym Pozharskyi in April 2015 in Washington, D.C. The meeting was mentioned in an email of appreciation, according to the Post, that Pozharskyi sent to Hunter Biden on April 17, 2015 -- a year after Hunter took on his position on the board of Burisma, and a year prior to Biden helping to push Ukrainian prosecutor Viktor Shokin out of his job. Shokin was investigating Burisma.

"Dear Hunter, thank you for inviting me to DC and giving an opportunity to meet your father and spent some time together. It's realty [sic] an honor and pleasure," the email read.

Biden and Biden allies have maintained, though, that his intervention prompting the firing of Shokin had nothing to do with his son, but rather was tied to corruption concerns.

The Biden campaign hit back on Wednesday: "Investigations by the press, during impeachment, and even by two Republican-led Senate committees whose work was decried as 'not legitimate' and political by a GOP colleague have all reached the same conclusion: that Joe Biden carried out official U.S. policy toward Ukraine and engaged in no wrongdoing."

A Biden campaign spokesman said that Trump administration officials testified that the former vice president did not engage in wrongdoing.

"The New York Post never asked the Biden campaign about the critical elements of this story," Biden campaign spokesman Andrew Bates said. "They certainly never raised that Rudy Giuliani -- whose discredited conspiracy theories and alliance with figures connected to Russian intelligence have been widely reported -- claimed to have such materials."

Bates said campaign officials also reviewed Biden's official schedules from the time and the meeting alleged by the New York Post did not take place.

Meanwhile, the Senate Judiciary Committee said Thursday that it plans to subpoena Dorsey to appear to testify before the panel on Oct. 23.

Trump, Biden clash when asked about biggest foreign threat to US
No Comments

President Trump and former Vice President Joe Biden appeared in back-to-back interviews on CBS News’ “60 Minutes,” presenting contrasting views on which country is the biggest threat to the United States. Asked by Lesley Stahl who the country’s biggest adversary is, Trump named China, blaming the Communist Party-run country of mishandling the coronavirus and putting […]

He writes: It was the biggest political rally no one saw. And gatherings like it have been happening for months in some of the places President Trump needs most to win if he is to be reelected. And, remarkably, the rallies are not the work of the Trump campaign. The road rally in Washington, Pennsylvania, […]

President Trump on Monday blasted the media for protecting Joe Biden and mocked the former veep after he appeared to confuse the commander-in-chief with former President George W. Bush. “Joe Biden called me George yesterday. Couldn’t remember my name. Got some help from the anchor to get him through the interview. The Fake News Cartel is […]

El Paso County in Texas has issued a curfew amid a “crisis stage” in new COVID-19 infections — which have left hospitals and ICUs at full capacity and forced officials to request additional morgue space. County Judge Ricardo Samaniego enacted a 10 p.m. to 5 a.m. curfew Sunday evening, The El Paso Times reported. It […]

Dr. Anthony Fauci said experts will know “by the end of November, the beginning of December” whether a coronavirus vaccine is safe and effective – but added that it won’t be widely available until next year, according to a report. “The amount of doses that will be available in December will not certainly be enough […]

Tropical Storm Zeta is “rapidly strengthening” and is likely to become a hurricane as it makes its way toward the US Gulf Coast, the National Hurricane Center (NHC) warned. Zeta already has sustained winds of 70 mph as it barrels toward Mexico’s resort-dotted Yucatan Peninsula — where many are still getting aid after Hurricane Delta […]