A fire lit to warm food for tourists may have sparked a blaze on the slopes of Mount Kilimanjaro, according to local reports.

Hundreds of firefighters, residents and students in the area have been involved in trying to put out the fire, which began on Sunday afternoon. 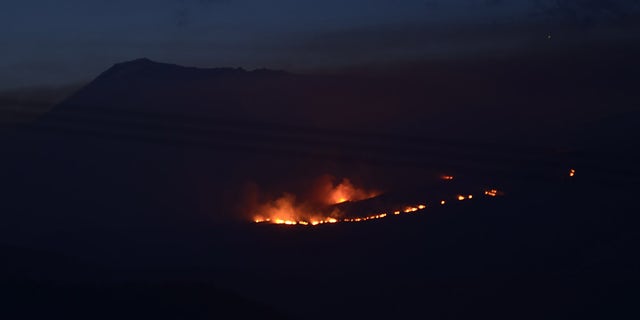 Bright shine the hawks of a fire on the Kilimanjaro, on Oct. 11, 2020. (Photo by Thomas Becker/picture alliance via Getty Images)

Pascal Shelutete, of the Tanzania National Parks Authority (TANAPA), told Mwananchi, a local newspaper: "It seems the fire that was lit to prepare food for the tourists torched the dry vegetation in the area and spread quickly."

FIREFIGHTERS BATTLE BLAZE ON MOUNT KILIMANJARO SEEN FROM MILES AWAY

The altitude of the fire, as well as the dry weather and strong winds, have made it difficult to contain. However, authorities said the winds have now settled. 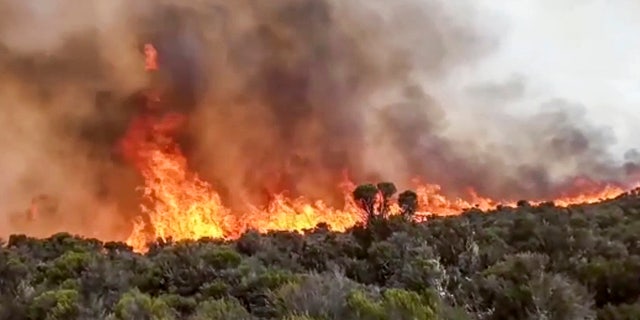 In this image made from video, fires burn on Mount Kilimanjaro in Tanzania on Monday, Oct. 12, 2020. Tanzanian authorities say 500 volunteers have been trying to put out a fire on Africa's tallest peak, Mt. Kilimanjaro. (AP Photo)

"The fire is now under control and we are ensuring that climbing activities are not affected," Shelutete said.

GOP Senate candidate Daniel Gade, of Virginia, took in a $2.5 million fundraising haul in the third quarter of 2020, a seven-figure improvement over earlier totals and the first time he has raised more than incumbent Democratic Sen. Mark Warner, who raised $2.2 million. News of the campaign's new fortunes comes with just two weeks […]

EXCLUSIVE: President Trump's campaign Thursday will take over YouTube's masthead for 24 hours, controlling the prime internet real estate on the day of final debate between Trump and Democratic nominee Joe Biden, Fox News has learned. The Trump campaign will feature several ads on YouTube's homepage throughout the ad buy period, including two from Ultimate […]

Joe Biden is keeping a low profile ahead of Thursday's presidential debate both because he doesn't have the "stamina" to actively campaign and is afraid of questions about potential corruption involving himself and his son Hunter, Eric Trump claimed on "Hannity" Wednesday. "Something is off with that," the president's son told host Sean Hannity. "In […]