Authorities in Wauwatosa, Wis., arrested protesters Sunday night they accused of disobeying the city's 7 p.m. curfew that has been in place after several nights of unrest, a report said.

The Milwaukee Journal-Sentinel reported that police in the city declared an unlawful assembly. The report said protesters were chanting and calling for justice for Alvin Cole.

Cole, who was 17, was fatally shot by a police officer outside the city's Mayfair Mall on Feb. 2 after police responded to a reported disturbance at the shopping center. Cole, who was Black, was shot by Wauwatosa Officer Joseph Mensah, who is also Black. 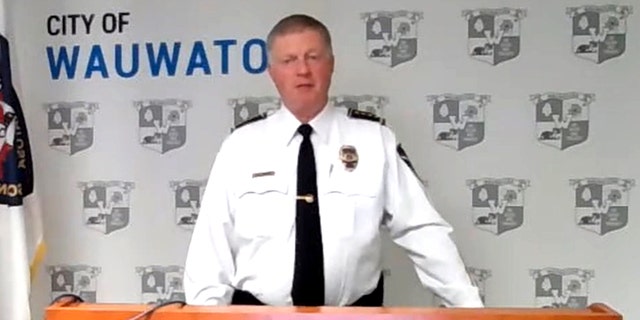 Milwaukee County District Attorney John Chisholm said evidence showed Cole fled from police carrying a stolen 9 mm handgun. He cited squad car audio evidence, along with testimony from Mensah and two fellow officers, that he said showed Cole had fired a shot while fleeing and refused commands to drop the gun. Cole was the third person Mensah had fatally shot since becoming an officer.

GET THE FOX NEWS APP

But violent protests have rocked the city and Cole's death. Police used tear gas on demonstrators and arrested 28 people during a third straight night of protests on Saturday night.

Ricardo Torres, a reporter from the Milwaukee Journal Sentinel, tweeted Saturday night, "Heavy dose of tear gas and pepper balls deployed. This is the worst I ever got it."

The Journal-Sentinel reported that the curfew is set to be lifted at 6 a.m. on Monday.