The Portland murder suspect who was killed in a police-involved shooting in September allegedly had his hand on a gun in his pocket when law enforcement agents fired 37 bullets and fatally struck him, officials have announced.

Michael Forest Reinoehl exited an apartment near Lacey, Wash., shortly before 7 p.m. on Sept. 3 carrying two bags and walked to a car parked nearby, according to a police update in the investigation, released Wednesday by Thurston County Sheriff's Lt. Ray Brady. That same day, it was revealed that Reinoehl would be charged with second-degree murder in the fatal shooting of Aaron "Jay" Danielson following an Aug. 29 pro-Trump car caravan in Portland, Ore.

At the time of the Sept. 3 shooting, a federal task force led by the FBI and U.S. Marshals were conducting surveillance on Reinoehl, a 48-year-old self-proclaimed anti-fascist activist, after a warrant had been issued in connection with the case, officials and reports previously stated.

Sources previously told Fox News that four members had learned that Reinoehl was inside an apartment located within the complex and were waiting for a SWAT team to arrive to arrest Reinoehl when he came out of the apartment.

Wednesday's update describes how Reinoehl started his car as police pulled up and at least one officer "gave verbal commands."

"Two officers reported that Mr. Reinoehl began reaching toward the center console of the vehicle," the release states. When an officer saw Reinoehl pull out what he thought was a handgun and position it toward the police, they began firing, officials said.

Reinoehl then fled from the car and moved behind it, as officers continued firing shots.

Police allegedly saw Reinoehl reaching around his waistband and "attempting to manipulate his firearm," when he began moving toward two officers. 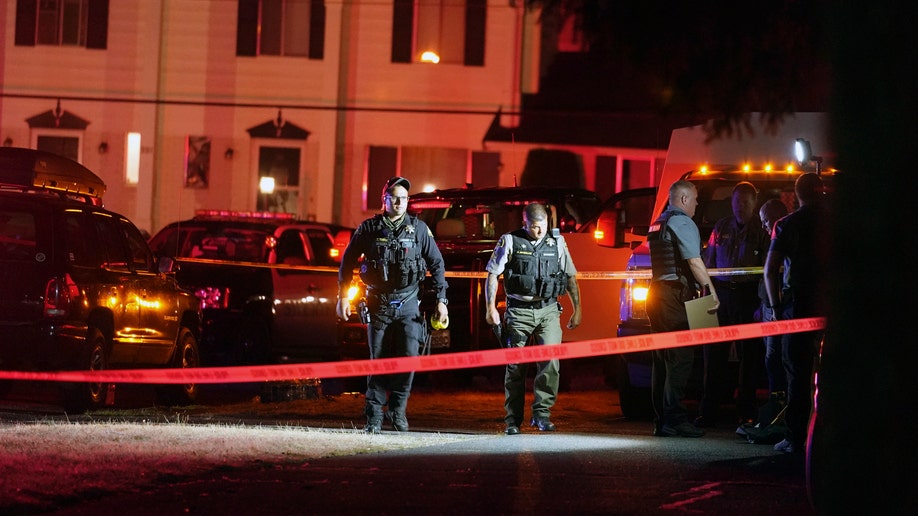 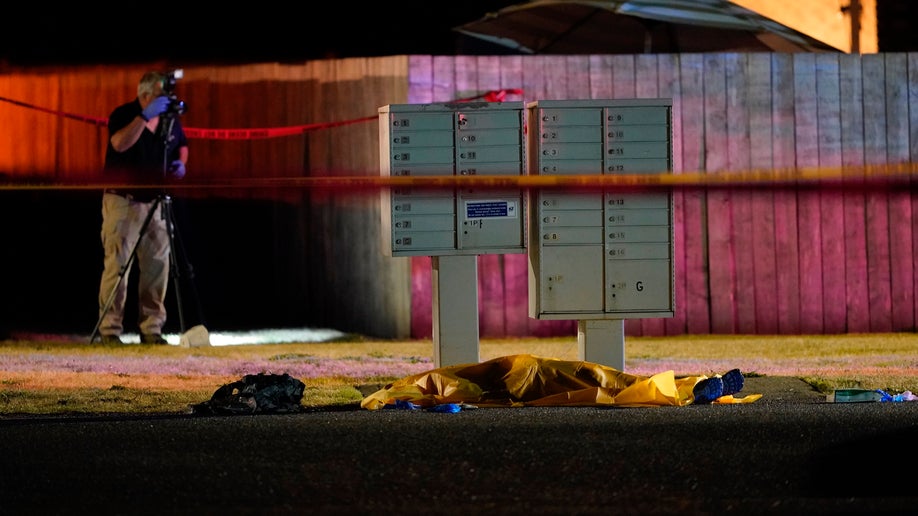 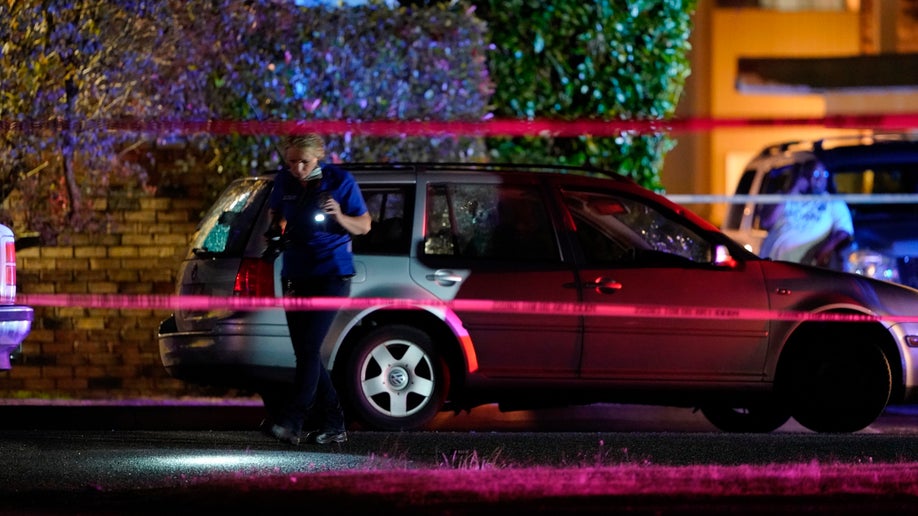 "They fired their weapons as Mr. Reinoehl had his hand near his waistband and pocket where they observed a firearm," the release states. "Mr. Reinoehl fell to the ground and still had his hand on the firearm partially withdrawn from his pocket."

Once Reinoehl fell to the ground, police removed his hand from the gun to place him in handcuffs before providing medical assistance. Officers left Reinoehl's gun inside his pocket, police said.

The Thurston County Coroner's Office conducted an autopsy on Sept. 9 and determined that Reinoehl was shot numerous times in his torso and head, Thurston County Coroner Gary Warnock previously told Fox News in an email. The office identified Reinoehl's manner of death as being homicide, as opposed to another manner of death, such as natural causes, an accident, or a suicide.

Investigators are awaiting lab results to determine whether the gun on Reinoehl was the same one used in the Portland shooting.

There were rounds in Reinoehl's gun after it was recovered, Brady told The Oregonian/Oregon Live, but he wouldn't say how many. 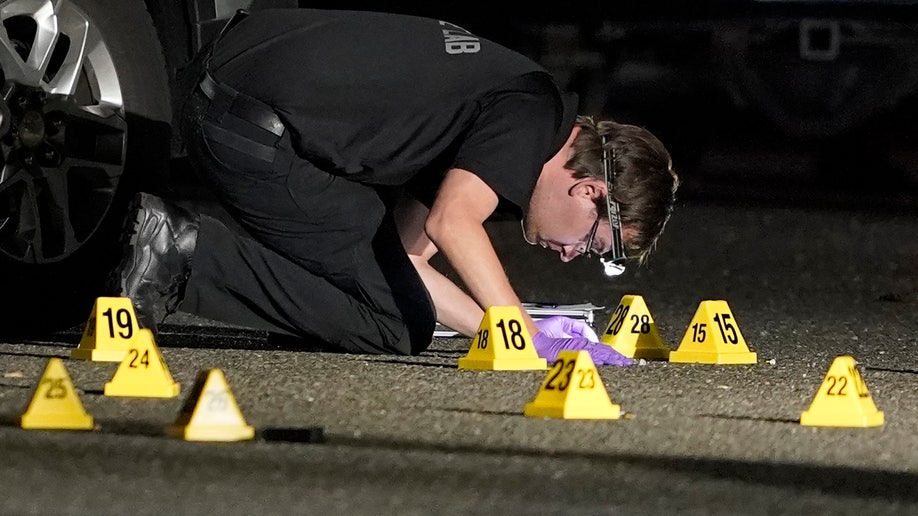 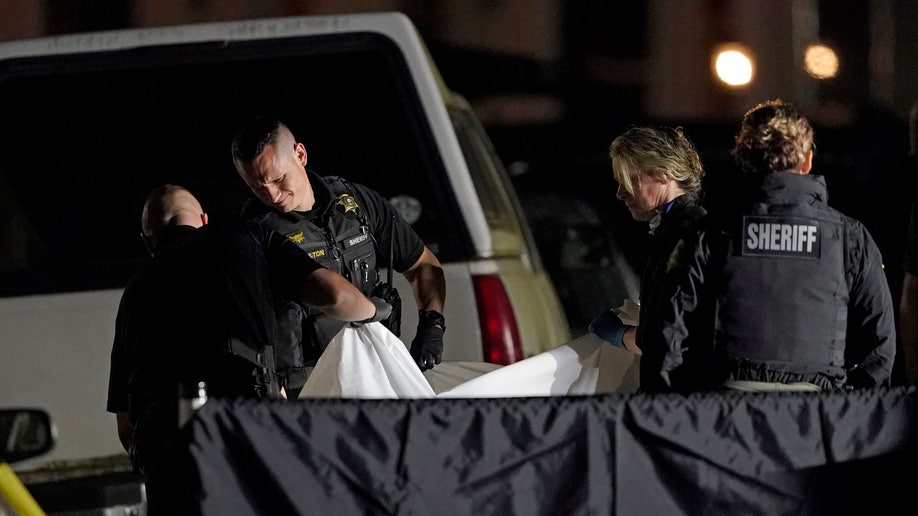 Questions have swirled around Reinoehl's death after witnesses gave differing accounts of what they saw.

Witnesses told Oregon Public Broadcasting and ProPublica that they did not hear any warnings from law enforcement agents, who, according to the eyewitnesses, did not identify themselves before they opened fire, according to a Wednesday report by the outlets.

"There was no 'drop your weapon' or 'freeze' or 'police' -- no warning at all," one person recalled, according to the report.

Brady's Wednesday release says that, in addition to at least one officer giving "verbal commands," law enforcement "all had clear markings on their vests and witnesses also reported they were easily identified as police officers."

According to OPB and ProPublica, no body camera footage or surveillance video of the shooting has been recovered so far.

The same day Reinoehl was killed, Vice, a news website, published an interview with him in which he told the outlet he was defending himself and a friend when he allegedly killed Danielson.

Deaven Reinoehl, one of Michael's two children, told OPB and ProPublica his father "didn't plan on turning himself in at all" following the fatal shooting.

"He was just planning on trying to be on the run," Deaven Reinoehl, who the report described as being "high school age" said. "He didn't know where he was going. He had people helping him find these safe houses or whatever."

Stephanie Pagones is a Digital Reporter for FOX Business and Fox News. Follow her on Twitter at @steph_pagones.