The former owner of an Alabama testing lab was sentenced to prison last week for falsifying drug test results that prosecutors say cost multiple parents custody of their children.

Brandy Murrah, 37, was sentenced on Nov. 12 to 15 years in prison after pleading guilty in September to one felony charge of perjury and 16 misdemeanor counts of forgery, the Dothan Eagle reported. 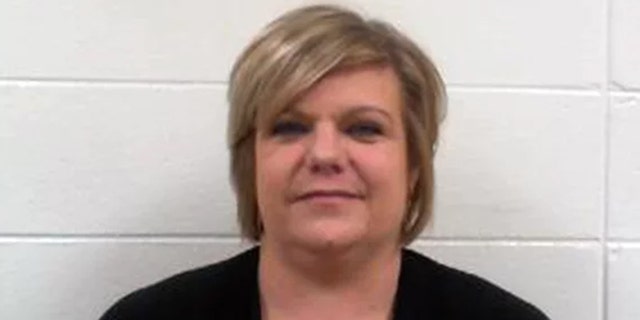 Before her sentencing, Murrah admitted wrongdoing to Judge William Filmore and apologized for the hurt she caused others.

"I've done a lot of things wrong in my life," Murrah told the court. "I'm sorry for anyone I ever hurt. I really did not do this intentionally to ever hurt anyone."

Murrah was arrested in Ozark, Ala., in 2019 on charges of fabricating drug screening results processed by her lab, A&J Lab Collections.

ALABAMA TEEN ACCUSED OF MURDERING 5 RELATIVES HAS SHOWN 'NO REMORSE'

Multiple parents who were denied custody of their children based on Murrah's fabricated drug test results shared their stories in court last week.

"I felt like my heart was being ripped out of my chest because I knew I was doing right with this one," said Grace Locke, according to the Dothan Eagle. Her 3-month-old baby was taken away from her for three weeks in 2017 after her drug test results falsely showed that she was positive for methamphetamine.

"I don't understand why anybody would ever do that to any family, any children, for no reason," Locke said.

Heavily redacted documents did not show which individuals are under investigation in connection to the alleged scheme.

San Jose Mayor Sam Liccardo apologized on Tuesday for spending Thanksgiving with his family in apparent violation of state rules and said he will “commit do better.”

A conservative law firm says that several whistleblowers from the United States Postal Service have come forward, alleging that thousands of ballots in some states were backdated, tampered with, or tossed out ahead of the 2020 election, to the disservice of President Trump, despite the Justice Department has found no proof of widespread voter fraud.

San Francisco Mayor London Breed has officially joined the ranks of public officials who have been busted for breaking their own coronavirus guidelines.

Sen. Joe Manchin warned on Tuesday that members of the progressive "Squad" will have some explaining to do the American people if they try to thwart efforts to pass bipartisan coronavirus legislation.