Leaders in the Black Lives Matter movement plan to push the incoming Biden administration to immediately end cash bail and grant amnesty to any protesters targeted by the National Guard under President Trump, according to a report.

But first, the leaders told Politico, they plan to showcase their electoral reach by barnstorming the state of Georgia to get out the vote ahead of the two Senate run-offs in January, which will decide which party holds the upper house of Congress.

“The ballot is actually an essential tool to our movement. We are both marching and protesting. And we are going to the voting booth. Those are multiple tools in our toolbox to change our system,” Patrisse Cullors, a co-founder of the Black Lives Matter movement, told the outlet.

While Black Lives Matter is known as a protest movement to combat racial injustice, the effort has gained steam over the past few years, culminating in a summer of protests against police brutality and the group forming a super PAC to gain political influence.

The effort won’t be smooth sailing for the activists, though, who face a fractured Democratic Party where many lawmakers blame their calls to defund the police for critical losses in House, Senate, state and local races.

From the perspective of the BLM activists, most of the currently elected Democrats are not doing enough to deliver on major legislative issues like criminal justice reform and a coronavirus relief package.

“Black Lives Matter, through media and social media, can organize marches all across the world. However, can Black Lives Matter get a bill passed in the House of Representatives? No, I don’t think so,” Rep. Bobby Rush (D-Ill.), a former Black Panther, told Politico.

The far-left Rep. Rashida Tlaib (D-Mich.), who supports the BLM movement, told Politico she believes there is a chance for Congress to pass a substantive police reform bill under a President Biden.

She and her fellow “Squad” member Rep. Ayanna Pressley (D-Mass.) have backed the BREATHE Act, a four-part legislative proposal unveiled this summer which calls for divesting from law enforcement and investing in communities of color. 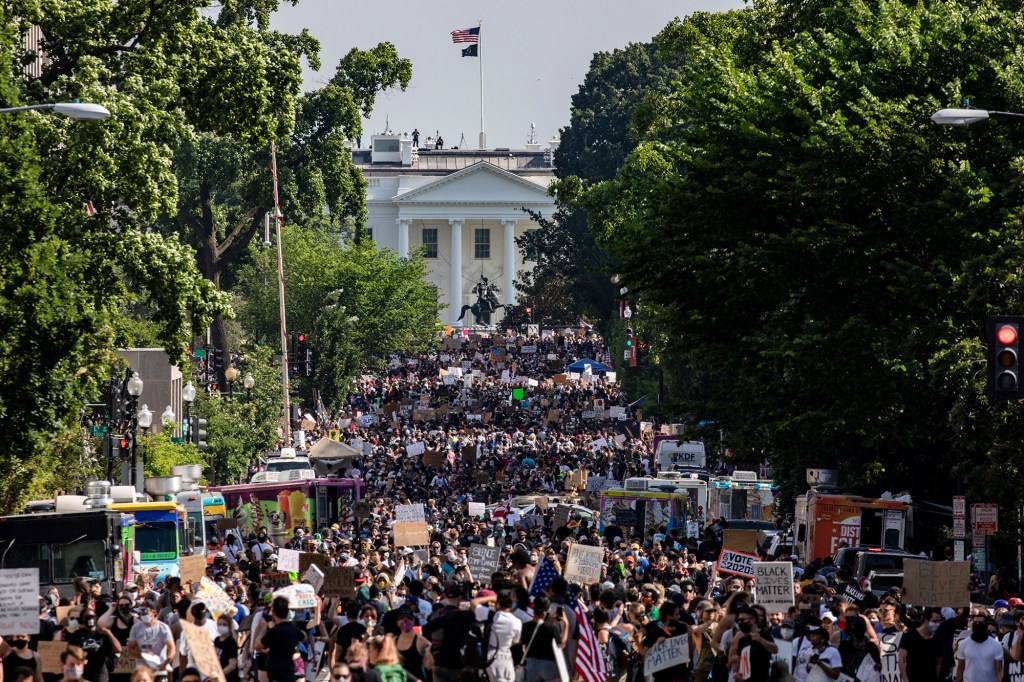 People protesting the death of George Floyd in Washington D.C. in June. 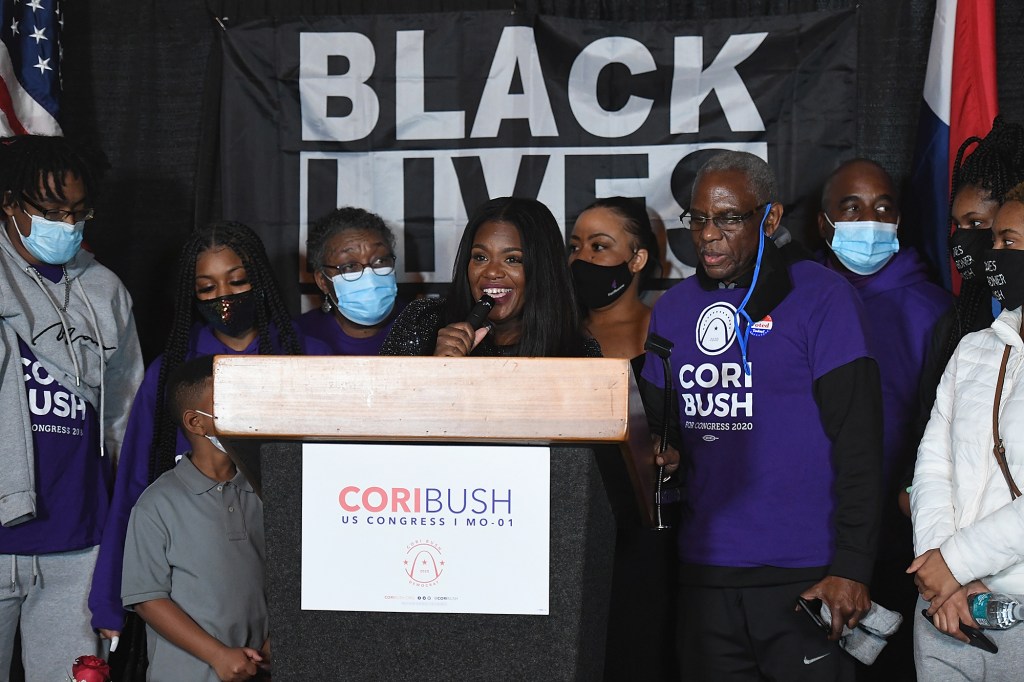 Photo by Michael B. Thomas/Getty Images 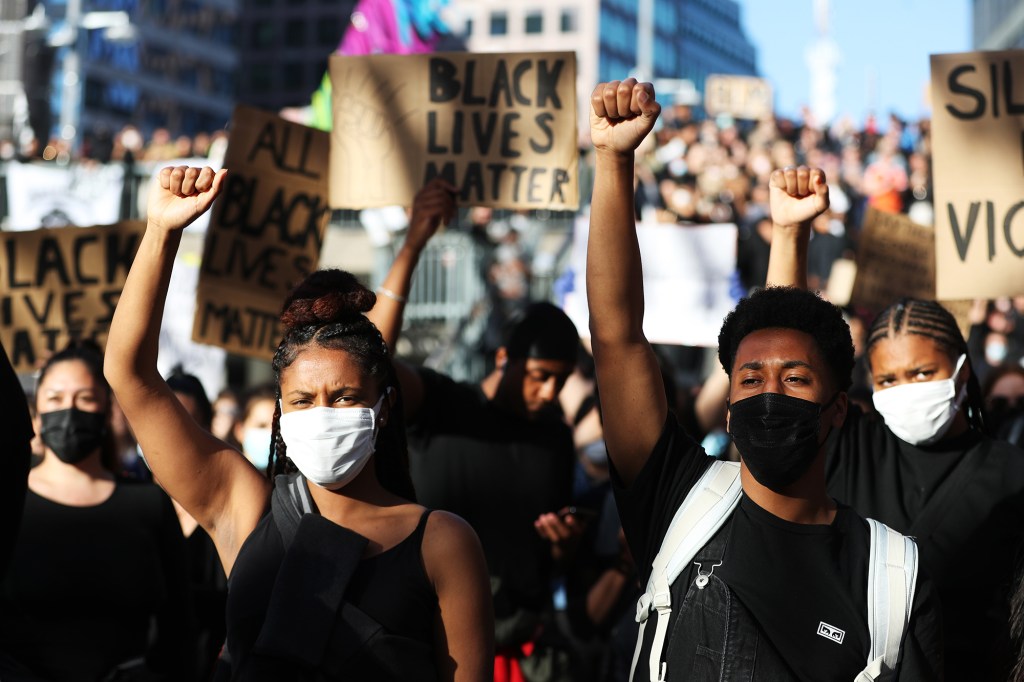 Two men were hit with a 41-count criminal complaint for...
3


Activists’ efforts to get the legislation added to the Democratic National Committee’s party platform in August were unsuccessful.

Still, the movement will continue organizing and pressuring the Biden administration to make more progressive reforms.

Activists will also have one of their own in the lower house of Congress come January, with Representative-elect Cori Bush (D-Mo.) becoming the first Black Lives Matter leader to be elected to national office.

They will also have multiple new progressive lawmakers to call allies to their cause.

Cullors penned a letter to Biden and Vice President-elect Harris in the hours after the presidential race was called requesting a meeting.

“Without the resounding support of Black people, we would be saddled with a very different electoral outcome. In short, Black people won this election,” wrote Cullors, 36. “Alongside Black-led organizations around the nation, Black Lives Matter invested heavily in this election. ‘Vote and Organize’ became our motto, and our electoral justice efforts reached more than 60 million voters.”

“We want something for our vote. We are requesting a meeting with you both to discuss the expectations that we have for your administration and the commitments that must be made to Black people,” she continued.

She told Politico that she has still not heard back from the Biden-Harris team.

Republican congressional candidate Mariannette Miller-Meeks leads Democrat Rita Hart by a mere six votes after a recount in Iowa's 2nd District. A state canvassing board is expected to meet Monday, the legal deadline, to certify the results of the race in which more than 394,400 votes were cast. IOWA DEMOCRATS SAY FINDINGS OF INVESTIGATION INTO […]

The Pennsylvania Supreme Court has tossed out an election lawsuit to delegitimize mail-in ballots, but Republican congressional candidate Sean Parnell said his team will on Sunday ask the U.S. Supreme Court to review the case, which questions the constitutionality of Pennsylvania's Act 77. Gov. Tom Wolf signed Act 77 into law in October 2019, administering […]

Read More
Loeffler blasts Warnock as 'radical,' claims Democratic win in Georgia runoff would lead US toward socialism
No Comments

Sen. Kelly Loeffler, R-Ga., painted her Jan. 5 runoff election against Democrat Raphael Warnock as a battle against socialism during an interview on Fox News' "Sunday Morning Futures." Loeffler, whose race is one of two in the Peach State that will determine which party controls the chamber at the outset of President-elect Joe Biden's Democratic […]

White House coronavirus response coordinator Deborah Birx said on Sunday that she is "deeply concerned" about an increase in cases of the deadly contagion following the Thanksgiving holiday. "If you look at the second wave, we had less than 25,000 cases a day, we had way less mortality. We're entering this post-Thanksgiving surge with three, […]

New York City Mayor Bill de Blasio said Sunday that the city's public schools will reopen on Dec. 7 for 3-K, pre-K and kindergarten through fifth grade amid the coronavirus pandemic. The announcement marks a major policy reversal for the nation's largest school system, less than two weeks after de Blasio, a Democrat, announced that […]

President Trump told "Sunday Morning Futures" in his first interview since Election Day that the Department of Justice is "missing in action" regarding alleged election fraud. He went on to tell host Maria Bartiromo in the exclusive interview that he has "not seen anything" from the DOJ or the Federal Bureau of Investigation on investigating […]