How a Man With a Van Is Challenging U.K. Drug Policy

GLASGOW — Every Friday for the past two months, Peter Krykant has parked his white van on Parnie Street in central Glasgow, around the corner from a games shop and several art galleries, and waited for people to come by and inject illegal drugs.

Inside the van are two seats and two tables, each with a stainless steel tray and hypodermic needles, as well as several biohazard trash cans. The van is also equipped with naloxone, the medication used to reverse an opioid overdose, and a defibrillator. (There are Covid-19 safety precautions, too: hand sanitizer and a box of masks.)

Mr. Krykant usually opens the van by 10 a.m., and on this particular day three people were already waiting to get inside. This was something of a surprise, since the Scottish police had charged him with obstruction the week before when he refused to open the vehicle to officers, knowing several people were inside taking drugs. He wasn’t sure anyone would come back after that scare.

Scotland is in the midst of its worst drug crisis on record, and one of the worst in the world. The country has tallied five straight years of record-setting, drug-related deaths and now holds a per capita death rate three times higher than anywhere else in Europe.

Overdoses are more common in Scotland, by some measures, than even the United States. In 2018, Scotland had nearly 20 drug-related deaths per 100,000 people, compared with 18 deaths in the United States and around five in Ireland, Finland and Sweden.

Mr. Krykant is adamant that drug consumption rooms will help slow the rate of overdose deaths in Scotland by allowing drug users to inject under supervision and with naloxone on hand. 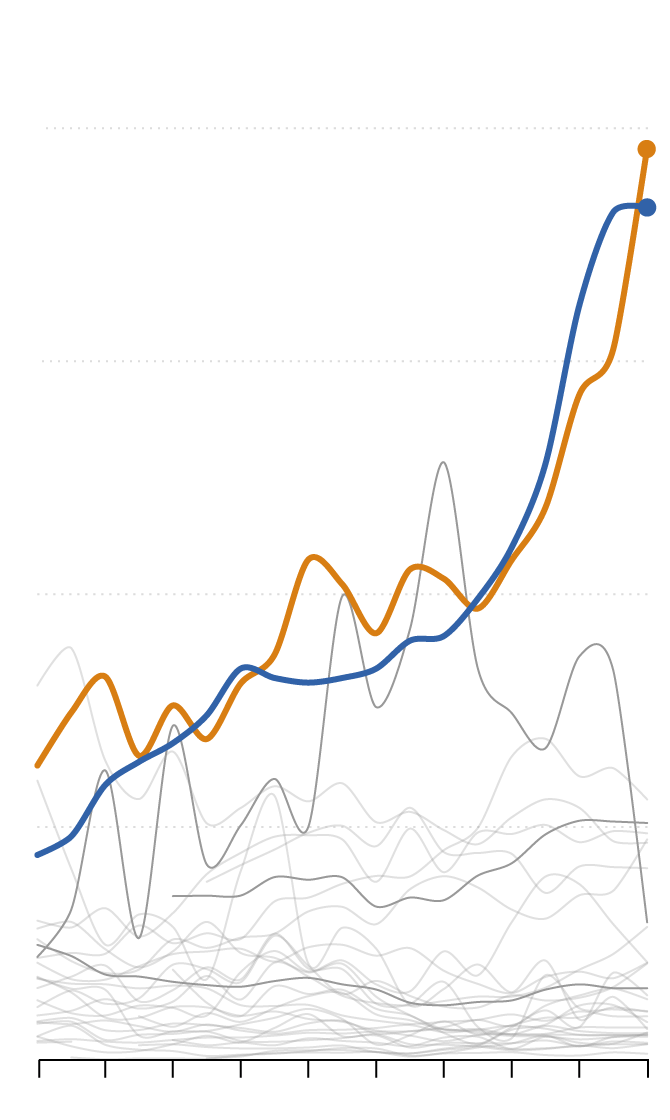 Where People Die of Drug Overdoses

Europe and the United States 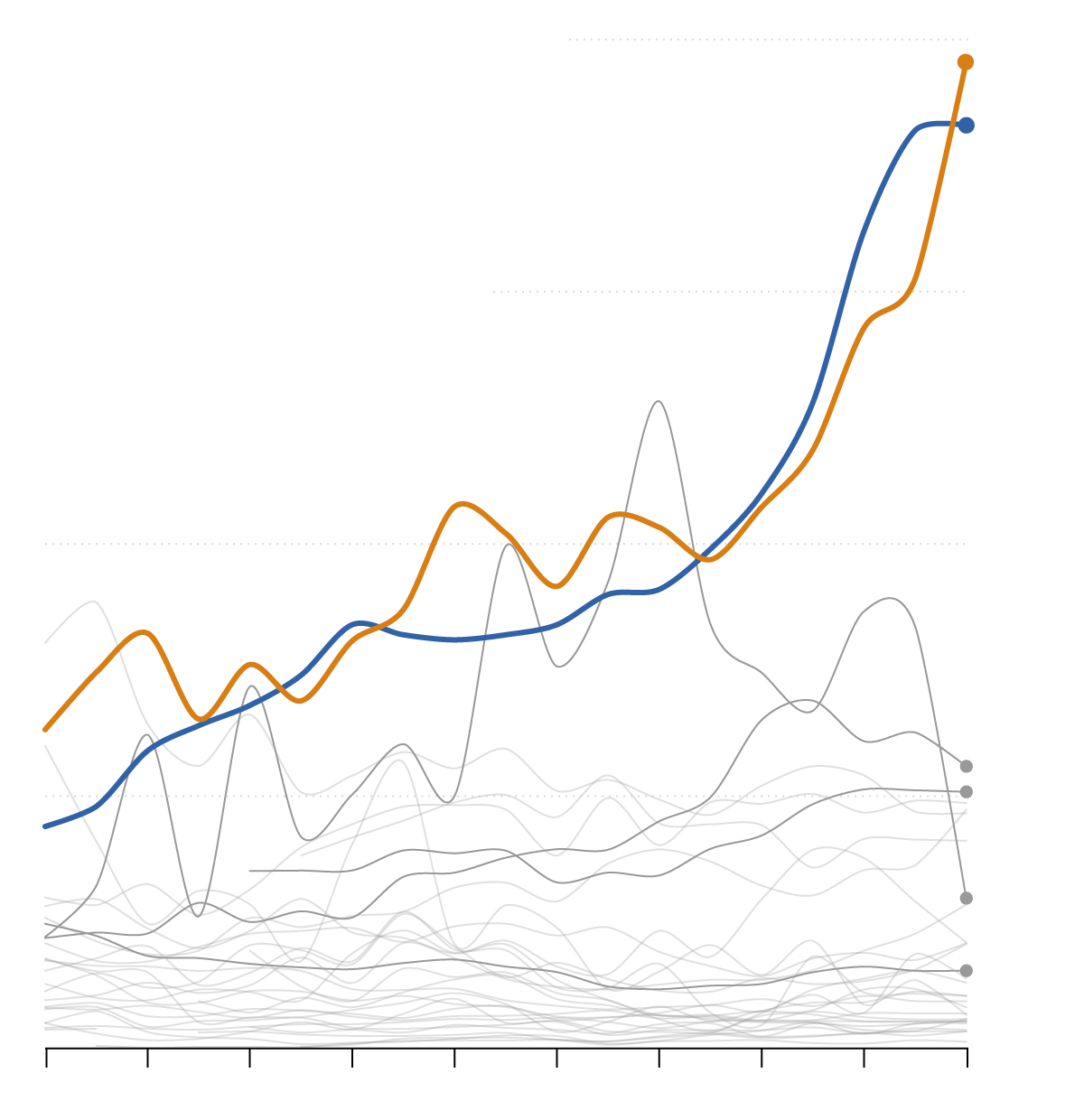 Europe and the United States

Sources: European Monitoring Center for Drugs and Drug Addiction; National Records of Scotland; Centers for Disease Control and Prevention.·Based on the definition of drug-related deaths used by the EMCDDA which includes the most commonly abused drugs. U.K. data includes England, Scotland, Wales and Northern Ireland. Data reflects potential underreporting in some countries.

Mr. Krykant chats easily with several men waiting to be let inside. He asks them what type of drug they’ll be injecting, writes it down and then opens the sliding back door.

In addition to Mr. Krykant, at least one other trained volunteer is on duty; they take turns watching for the police and checking on the people inside.

A 25-year-old man who would give only his first name, Gezzy, for fear of arrest, said he had injected both heroin and cocaine that day. Dressed in a navy blue tracksuit with a clean haircut, he talked candidly about the death of his ex-girlfriend, who suffered an overdose seven weeks earlier.

“This is what we needed,” he said. “There are too many overdoses.”

Mr. Krykant, a former addict himself, said he had “learned very quickly that harm reduction is the most fundamental thing.”

“People don’t get any more opportunities after they’re dead,” he said.

Drug consumption rooms are facilities that legally allow people to take illicit drugs under the supervision of trained professionals, in a sterile environment and with clean equipment. They have been shown to reduce overdose deaths and blood-borne viruses like H.I.V., decrease public injecting and more quickly connect people to treatment services.

“In all recorded injections that have taken place in these spaces across the world, there has not been one recorded death,” said Andrew McAuley, a public health professor at Glasgow Caledonian University.

The first legal facility opened in Switzerland in the mid 1980s, and over the last three decades they have been established across Europe, Canada and Australia, around 200 in all.

Despite their effectiveness and Scotland’s increasingly dire drug problem, they remain illegal throughout Britain.

The Scottish government has expressed its support, but
Westminster has not budged. “We have no plans to introduce drug consumption rooms, and anyone running them would be committing a range of offenses,” a spokesperson for the British Home Office said in a statement.

But Mr. Krykant thinks blaming Westminster is an easy out.

“All we’ve been hearing is that it’s the U.K. government’s fault,” he said, adding: “We could have drug consumption rooms in Scotland right now if there was political will.”

With Scotland in control of its own health care and policing — a system known as devolution — Mr. Krykant and other drug policy advocates argue that the Lord Advocate, Scotland’s chief public prosecutor, could provide legal cover in the form of a “letter of comfort” stating that drug consumption rooms could operate without fear of criminal prosecution. (The Lord Advocate provided similar guidance this spring for naloxone.)

But he has so far declined to do this, saying the facilities require a legal solution that addresses civil liability and the full range of exemptions from criminal law.

To date, the police have not shut down the van, nor have they made any arrests. In a statement, they seemed to suggest they would leave well enough alone — for now, at least.

“The establishment of any form of safe consumption location contravenes the U.K. Misuse of Drugs Act 1971,” an assistant chief constable of Police Scotland, Gary Ritchie, said in a statement. “Any attempt to circumvent the law, as it stands, by providing an unregulated and unlicensed facility may expose already vulnerable people to more risk and harm.”

For Mr. Krykant, the goal of the van is to challenge drug policy more than to curb Scotland’s soaring drug deaths.

“We may keep people alive, but this has always been about a push for an official establishment,” he said. “We can’t provide a service for hundreds of people from the back of one transit van.”

Mr. Krykant grew up in Falkirk, about 20 miles from Glasgow, and said he was taking drugs on a daily basis by the time he was 11 years old. By 17, he was injecting heroin, and a few years later found himself in Birmingham, England, living on the street and begging for money to fuel his drug habit.

He was eventually approached by an outreach team in Birmingham and offered a chance to enter a residential treatment program. “I grabbed my bag and enough drugs to take on the train and got myself there,” he said.

After that, he moved to Brighton in southern England and completed another program, and has been clean now for two decades. He returned to Falkirk in 2013 with his family and started working in drug recovery services.

But he started to grow disillusioned with the work he was doing. As an outreach coordinator for a charity, part of his job was testing homeless people in Glasgow for H.I.V. and hepatitis C.

“We would be walking away from people who tested negative, knowing that they were going to be back in the alleyway later that day,” he said. 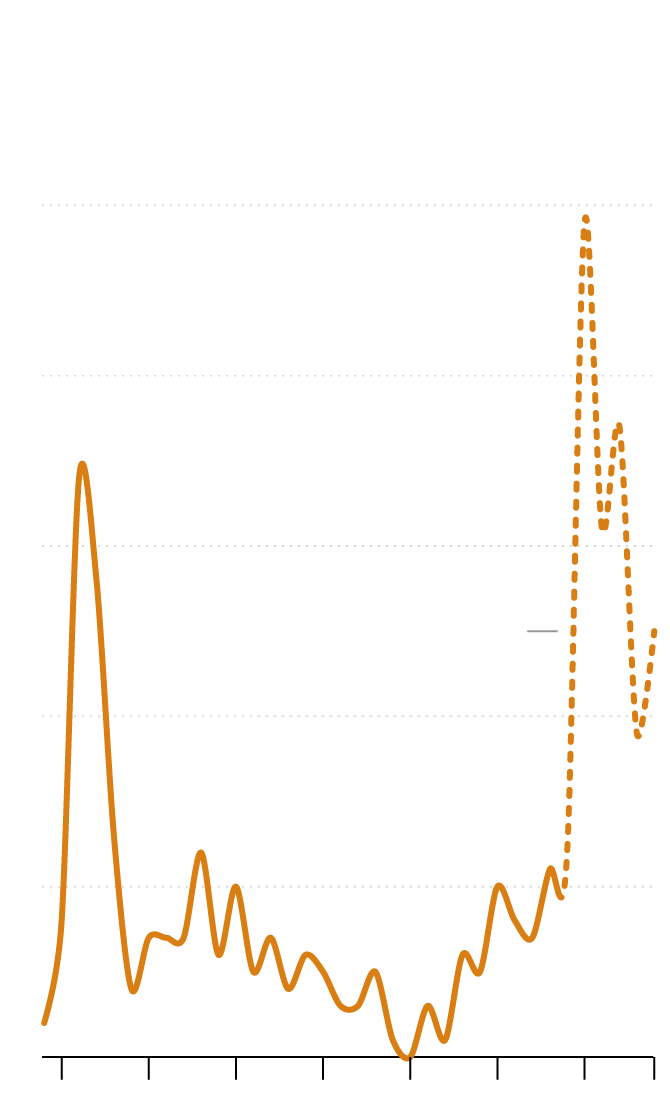 Glasgow has in the past five years recorded a record number of new cases of H.I.V. from injection drug use. 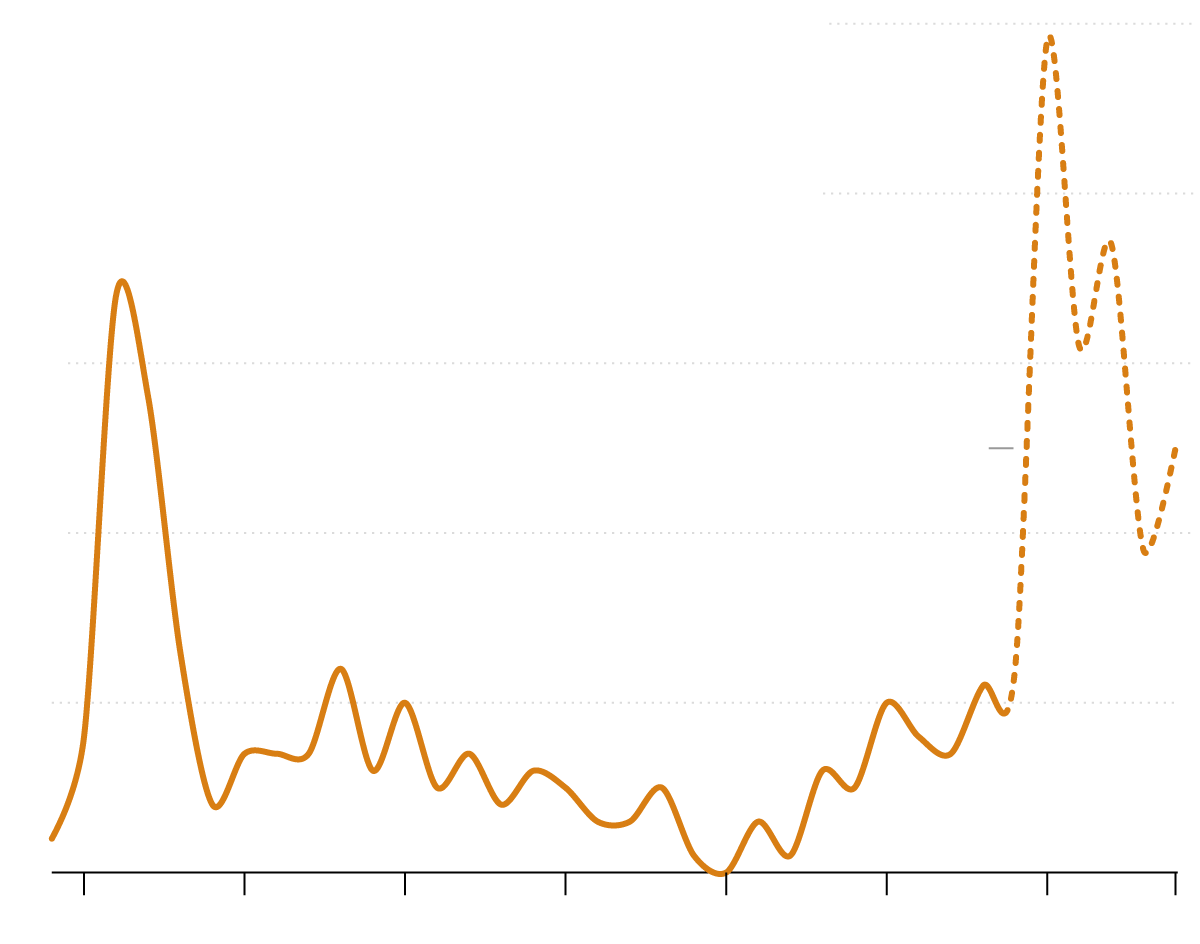 An H.I.V. Outbreak Among

Drug Users Worse Than in the 1980s

Glasgow has in the past five years recorded a record number of new cases of H.I.V. contracted from injection drug use.

In February, he attended a conference sponsored by the Scottish government and heard about the promise of drug consumption rooms. He was intrigued. A few weeks later he traveled to Copenhagen and met with the people who opened Denmark’s first mobile site in 2011. Less than a year later, the Danish Parliament legalized supervised injection facilities.

“I took my inspiration from what happened there,” he said. “They quickly got the legal framework and now have the world’s largest safe consumption facility.”

He traveled back to Scotland and decided to do the same.

He invested 500 pounds, or about $650, of his own money and crowd-funded the remaining £2,400 to purchase the well-traveled van and outfit it with the necessary equipment. On Aug. 31 — International Overdose Awareness Day — he drove it to Parnie Street for the first time.

“Almost all of the interventions that work to help people were started through civil disobedience,” said Alex Kral, an epidemiologist from the nonprofit research institute RTI International. “Needle exchange programs, naloxone programs. Safe consumption sites are no different.”

Mr. Kral said the situation in Scotland was “completely parallel” to the United States. Despite attempts by cities like Seattle and Philadelphia to establish drug consumption rooms, the country currently has no legal sites. (One unsanctioned facility has operated since 2014 in an undisclosed location.)

Mr. Krykant chose the van’s parking spot carefully. Within a 30-second walk is an alleyway where drug users publicly inject. It is filled with discarded needles, slivers of foil and small spoons.

James Muir, 34, said that when the van was not there he usually injected in alleys like the one nearby or in parking lots around Glasgow. He said he had been to the van about three or four times now, adding, “I think it’s really good.” I asked if he was worried about the possibility of the police showing up and arresting him over drug possession.

“The guy reassured me he locks the van,” Mr. Muir said of Mr. Krykant. “I trust him.”

New York City Mayor Bill de Blasio said Sunday that the city's public schools will reopen on Dec. 7 for 3-K, pre-K and kindergarten through fifth grade amid the coronavirus pandemic.

White House coronavirus response coordinator Deborah Birx said on Sunday that she is “deeply concerned” about an increase in cases of the deadly contagion following the Thanksgiving holiday.

GOP congressional candidate Mariannette Miller-Meeks is maintaining a six-point lead over her Democrat challenger Tina Hart after a recount in Iowa's second district.

Investigators converged on the home of the doctor, Leopoldo Luque, 33, around 8:40 a.m. Sunday and are expected to question him as they probe possible medical negligence in Maradona's death.

The recount of ballots in two Wisconsin counties wrapped Sunday, but did not put a dent in President-elect Joe Biden’s 21,000 vote lead in the state. Dane County completed its recount Saturday night and the Board of Canvassers certified the results on Sunday. Biden lost 91 votes in the recount, and Trump’s vote total shrank...

In 2019, the Sunday after Thanksgiving was the busiest day in TSA history, as a record 2.8 million travelers passed through airport checkpoints.