Jessie Buttafuoco is driven to take back her life -- for good.

It's not easy, but she's trying. And she's making progress, slowly.

She's no longer the little girl of Joey Buttafuoco, whose teenage mistress Amy Fisher shot her mom Mary Jo in the face.

She's no longer jockeying to be the best because her father was the worst. She's no longer drinking and swallowing pills to bury the day that changed her family forever.

"All the time, I go back and reflect on these really hard places," Buttafuoco told The Post, "processing them and finding a way to heal."

She doesn't like to talk about May 19, 1992, a Tuesday morning. She figures either everybody knows the story, or can get the sordid details somewhere else. She does like to talk publicly, with brutal honesty, about how infamy pushed her to the edge, where she teetered for years. She is a numbers person: The more people who know what she went through, the more she can help.

On Saturday, Buttafuoco had a national audience at CrimeCon, an annual convention of true-crime buffs, livestreamed this year. She and ABC national correspondent Matt Gutman recapped last fall's "2020" special "Growing Up Buttafuoco," and talked about mental health, gun violence, and sensationalism.

"I don't want other people to experience what I went through," she said, before her appearance. "Nobody should go through that -- the scrutiny in the media or not being known for good things."

Buttafuoco and her 12-year-old brother, Paul, were at school when 17-year-old Fisher walked up to their suburban home and rang the doorbell. Their mother answered.

The 37-year-old happy housewife had no idea that this skinny teen-ager, a senior in high school who was supposed to graduate the next month, was having an affair with her 36-year-old husband Joey, an auto-body repairman in business with his father. Amy was murderously angry that her married beau had ditched her. 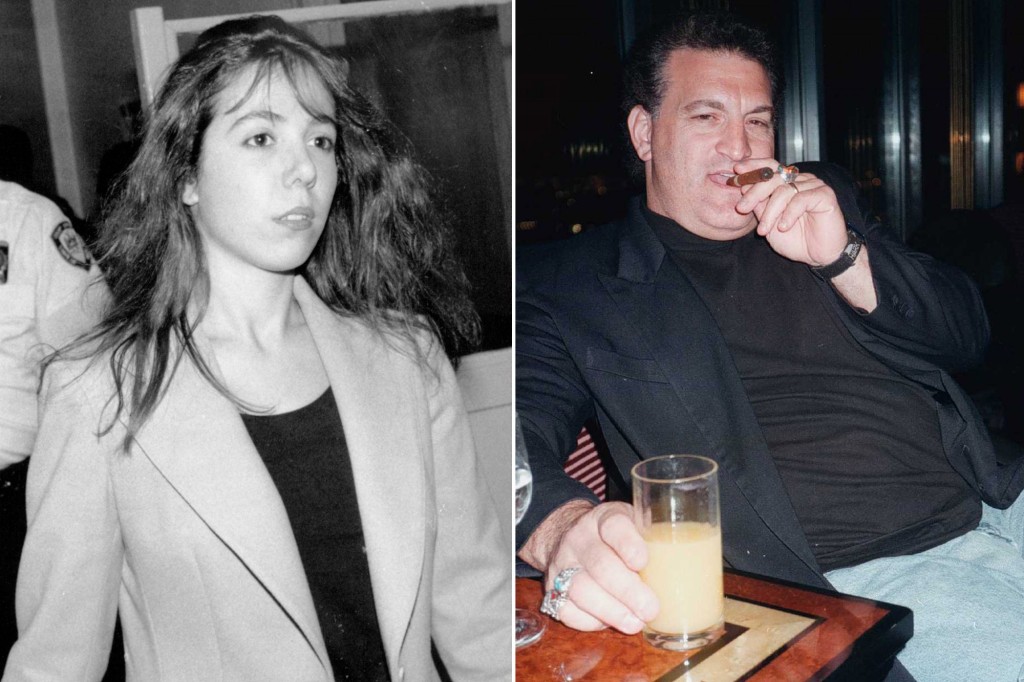 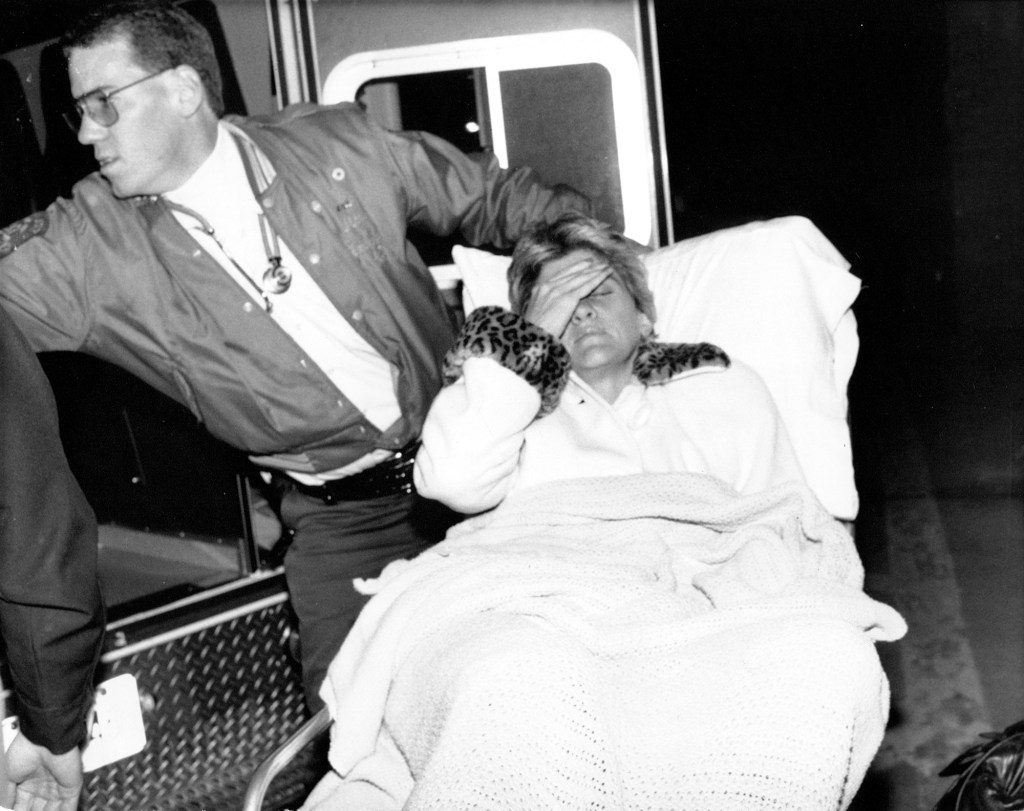 
They spoke for 15 minutes. Amy told Mary Jo that her little sister was involved with Joey. Mary Jo found it all so odd -- a kid on her porch, on a school day. Amy repeated the fantastical tale. Mary Jo didn't know what was true, but she was exasperated. "I'll tell Joey you came by," Mary Jo recalled in an interview on NBC.

As she turned to go back inside, Amy pointed a .25-caliber automatic handgun at Mary Jo's head and pulled the trigger.

Mary Jo crumpled like a piece of paper. Amy ran.

The case grabbed headlines everywhere. Amy became the "Long Island Lolita." Reporters camped outside the Buttafuoco and Fisher homes, covering every court hearing like a blanket. Joey's vehement denial that he ever slept with Amy -- and Mary Jo's unwavering support of her man in the months after leaving the hospital, a bullet still lodged in her neck and her face partly frozen by nerve damage -- poured fuel on the fire.

"This girl is an attempted murderer, a liar, a prostitute and the D.A. is accepting her statement that she and Joe were together," Mary Jo told reporters in late September on the day Amy pleaded guilty to the shooting. "Something's wrong here. Something's real wrong."

A plea deal downgraded the attempted murder charge to first-degree assault, which carried a maximum of 15 years behind bars for Amy instead of 25.

"I went up to the doorstep with a loaded gun in my pocket," Amy told Nassau County Judge Marvin Goodman during her courtroom allocution. "I hit her on the back of the head. I hit her again. The gun went off."

At her sentencing, Goodman had harsh words. He compared Amy to a "wild animal that stalks its prey, motivated by lust and passion. You were a walking stick of dynamite, with the fuse lit."

But Amy being escorted to prison in handcuffs -- for what would turn out to be almost seven years -- was only the beginning. Accusations flew that Joey had led Amy to prostitution, that their sex wasn't consensual. He ended up pleading guilty to statutory rape and served four months of a six-month sentence in the Nassau County Jail.

After Joey's release in March of 1994, the Buttafuocos headed to California. Mary Jo filed for divorce in 2003, a decade after Joey admitted in court that he had been unfaithful with Amy.

All the while, the kids were growing up. Paul declined to comment and Jessie refused to talk about her brother, other than to make the point that "he has had a hard time with all this."

Jessie did her best to distance herself from the scandal. She was an achiever -- sweet, polite, an A+ student, prom queen, not a troublemaker like her father: "This apple fell very far from that tree."

Jessie will never forget her audition to get into NYU's theater program when she was applying to colleges. "Are you related to that clown Joey?" she recalled one of the interviewers asking. She finally answered: "Yeah, I'm his daughter."

She settled on the University of California Santa Barbara, where she earned a bachelor's in sociology in 2005. She launched her own business, teaching children's theater after school. She started seeing a therapist, something she should have done right after the shooting except that was a far less sophisticated time.

"There was nothing for a kid whose mom almost got murdered," she said. "It tore me up inside."

But seven years ago, everything collided anyway. She seesawed between starving herself and bingeing. At one point, she tipped the scales 30 pounds over her normal weight. She drank. She relied on diet pills and Adderall for her ADD to dull the pain.

"I couldn't keep up with the unrealistic expectations I had for myself, and I was killing my soul," Buttafuoco told The Post. "Inside, I was dying."

She thought about killing herself but, for whatever reason, didn't. Instead, she checked herself into an intensive outpatient substance abuse program.

Today, she's in a much better place. She's studying psychology at Pepperdine University after the pandemic stalled her theater work. She hosts a twice-weekly advice podcast, "Live Your Life KWEEN," where she answers listeners' questions about everything from addictions and depression to crappy co-workers and nutty friendships. She's developing TV shows.

And she's writing her memoir -- tentatively titled "No Ifs, Ands or Buttafuocos: A Story of Resiliency and Overcoming Infamy." Now, she's on the hunt for a publisher. "It's going to be juicy," she promised.

As for family, she adores her mom, who works part-time as a home health-care aide. They're each other's best friend and biggest fan.

Mary Jo told The Post she couldn't be any prouder of her daughter: "Like me, she has learned that sharing her story ... gives us a purpose to take this tragic event and turn it into a platform to help others."

Jessie calls her dad "toxic" -- but insists she doesn't hate him. She cut him out of her life about a year ago because she needed time and space to grow. "Unfortunately, a lot of his bulls-t got in the way."

Someday, she might try to mend their bond. "I live day by day. I don't see it closed off forever, but I also don't see the drawbridge coming up anytime soon."

Here and now, she's focusing on herself, the future, helping others -- not on dating, or getting married, or starting a family. Her dad's philandering soured all that.

She just wants to do good: "I've been on the dark side and now I'm on the other side of the rainbow."