Justice Democrats executive director Alexandra Rojas blasted Biden's appointments of Richmond, D-La., as senior adviser in the White House Office of Public Engagement, and of Ricchetti as counselor to the president, claiming they were "corporate-friendly insiders."

"If Joe Biden continues making corporate-friendly appointments to his White House, he will risk quickly fracturing the hard-earned goodwill his team built with progressives to defeat Donald Trump," Rojas said. "A Biden administration dominated by corporate-friendly insiders like Steve Ricchetti and Cedric Richmond will not help the President-elect usher in the most progressive Democratic administration in generations."

Rojas slammed Ricchetti, a longtime Biden adviser and Biden-Harris campaign chairman, saying thast, as a former pharmaceutical lobbyist, he "represented groups vociferous opposed to Medicare For All and the public manufacturing of prescription drugs."

"In this post-COVID era, Biden has a chance to make major reforms to our cruel health care system but it will require standing up to private power," Rojas said.

Rojas also hit Richmond, calling him "one of the top Democratic recipients of fossil fuel money."

"Richmond has been aggressively criticized by his own constituents for failing to act on their concerns revolving around industry regulations and the climate crisis," Rojas said. "This move gives greater urgency for Joe Biden to create an Office of Climate Mobilization on Day One and appoint progressives with records standing up to the fossil fuel industry." 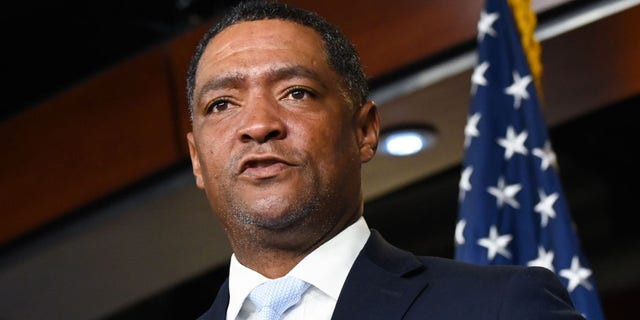 Rojas added: "Progressives make up nearly half of the Democratic Party's seats in the House of Representatives and should receive adequate representation in the Biden administration."

The comments came after Biden on Tuesday announced nine senior staffers he will work with in the White House after he is inaugurated on Jan. 20, 2021. The list includes some longtime Biden aides and advisers who worked with the president-elect during his decades as a senator and his eight years as vice president in the Obama administration. The group also includes some of the top members of Biden's presidential campaign.

"I am proud to announce additional members of my senior team who will help us build back better than before. America faces great challenges, and they bring diverse perspectives and a shared commitment to tackling these challenges and emerging on the other side a stronger, more united nation," Biden said in a statement.

Ron Klain, who Biden named last week as his incoming White House chief of staff, highlighted that "President-elect Biden and Vice President-elect Harris have an ambitious and urgent agenda for action. The team we have already started to assemble will enable us to meet the challenges facing our country on day one."

Biden-Harris deputy campaign manager Julie Chavez Rodriguez, who served as chief of staff to Sen. Harris' presidential campaign, will join as director of the White House Office of Intergovernmental Affairs, and Biden campaign traveling chief of staff and longtime Biden aide Annie Tomasini will be director of Oval Office operations.

Anthony Bernal, a deputy campaign manager and chief of staff to Jill Biden during the campaign, will serve as senior adviser to the incoming first lady. And Julissa Reynoso Pantaleon, a partner at the law firm of Winston and Strawn who served as U.S. ambassador to Uruguay and a deputy assistant secretary of state during the Obama administration, will serve as Jill Biden's chief of staff.

Trump slams judges' election decisions: 'What kind of a court system is this?'
No Comments

President Trump blasted judges' rejections of his legal challenges to 2020 election results and said he couldn't be certain any of his cases would make it to the Supreme Court in his first interview since Election Day on Sunday. "We're not allowed to put in our proof. They say you don't have standing," Trump told […]

Dr. Anthony Fauci on Sunday warned that Americans should brace themselves for a COVID-19 “surge superimposed” on the current one after many traveled for the Thanksgiving holiday. “What we expect unfortunately as we go for the next few weeks into December is a surge superimposed into that surge that we’re already in,” Fauci told NBC...

GOP Rep. Doug Collins urged Republicans voters to turn out for the Senate runoff election in Georgia in January amid concerns that they will be reluctant following a recount of the 2020 election results amid allegations of fraud. “Down here in Georgia, for people across the country, they need to know that these two Senate...

Dr. Anthony Fauci on Sunday said bars should be closed in order to prioritize getting children back in school in New York City and other regions that have experienced rising COVID-19 cases. “Close the bars and keep the schools open,” Fauci told ABC anchor Martha Raddatz on “This Week.” “The default position should be to...

We're still watching the same storm organize over the Southeast.