New images from the unrest in Bangkok, where protesters are pushing for a shakeup of the nation’s monarchy and leadership, shows demonstrators fending off jets of water by ducking behind the bright yellow balloons — which resemble massive rubber duckie bath toys.

In one photo, anti-government protesters can be seen seeking shelter behind two buses with four of the inflatable birds.

The student-led democracy movement has gained steam in recent months as it puts pressure on Prime Minister Prayuth Chan-ocha to resign and to make Thai King Maha Vajiralongkorn more accountable, according to the BBC.

Prayuth, a former general, seized power in a military coup in 2014.

Protesters also want reforms in the Thai Senate, where members are currently not elected into office. 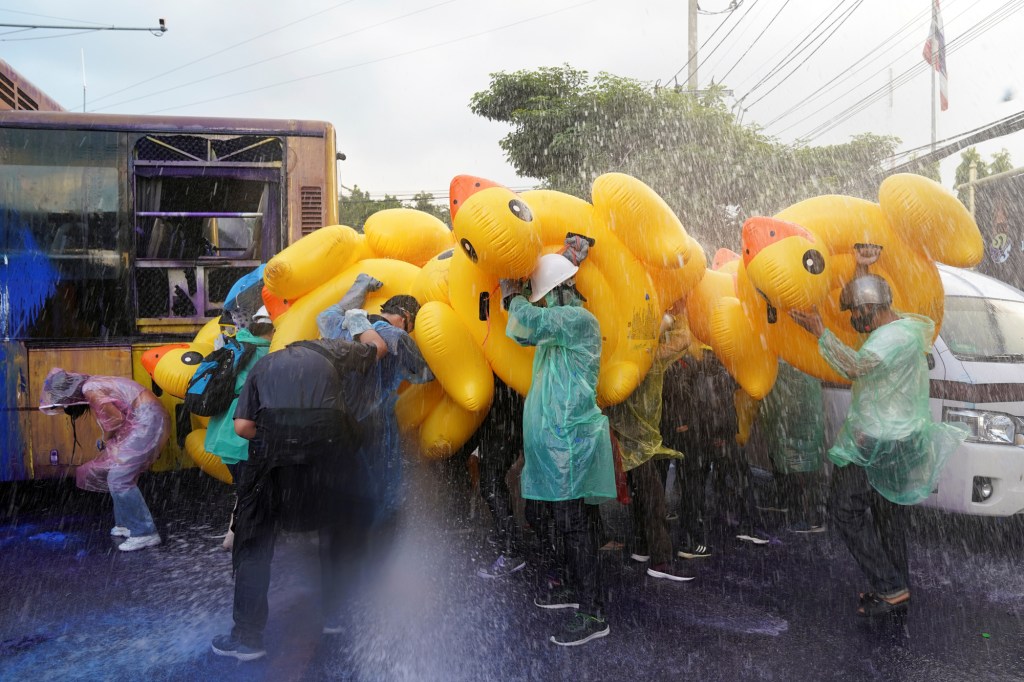 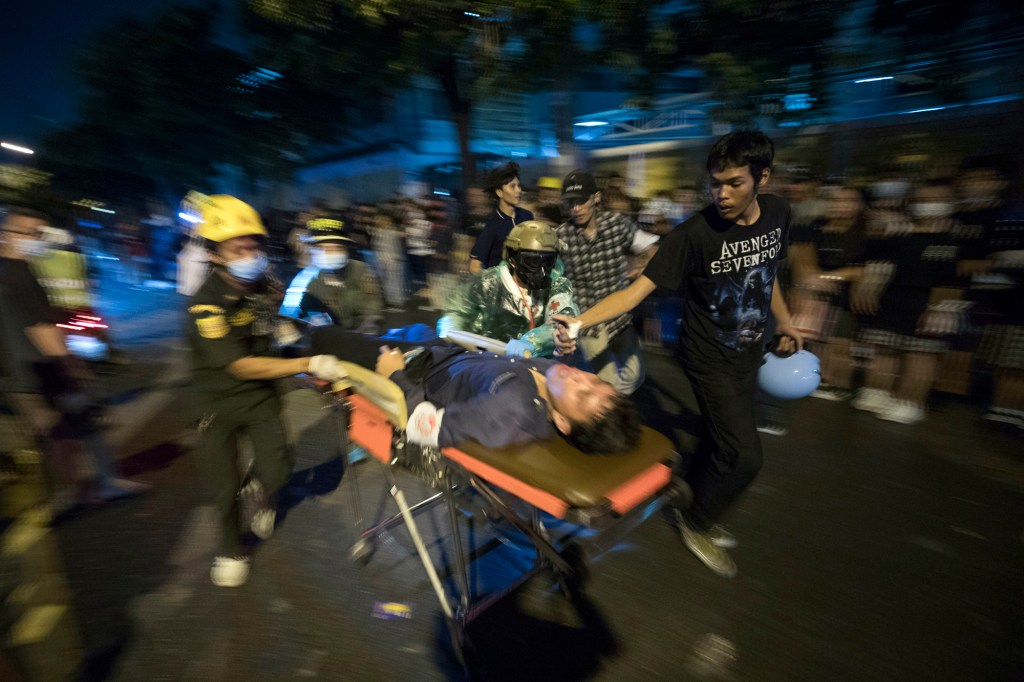 Pro-democracy protesters help to move a protester with gun-shot injuries during an anti-government rally in Thailand today. 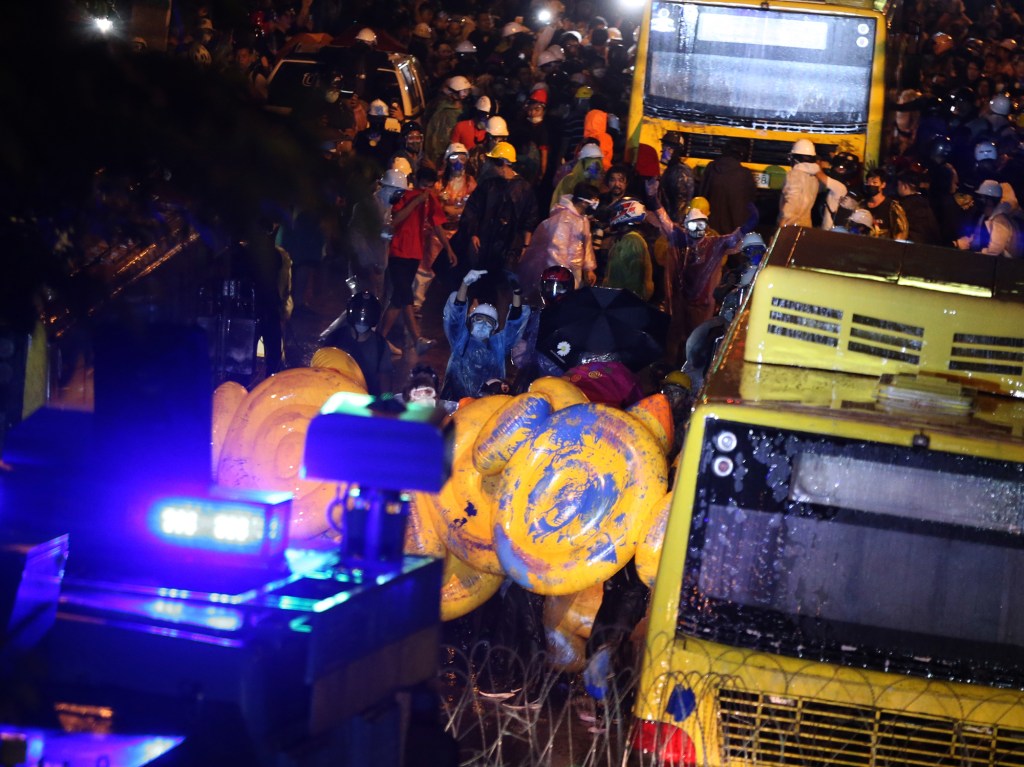 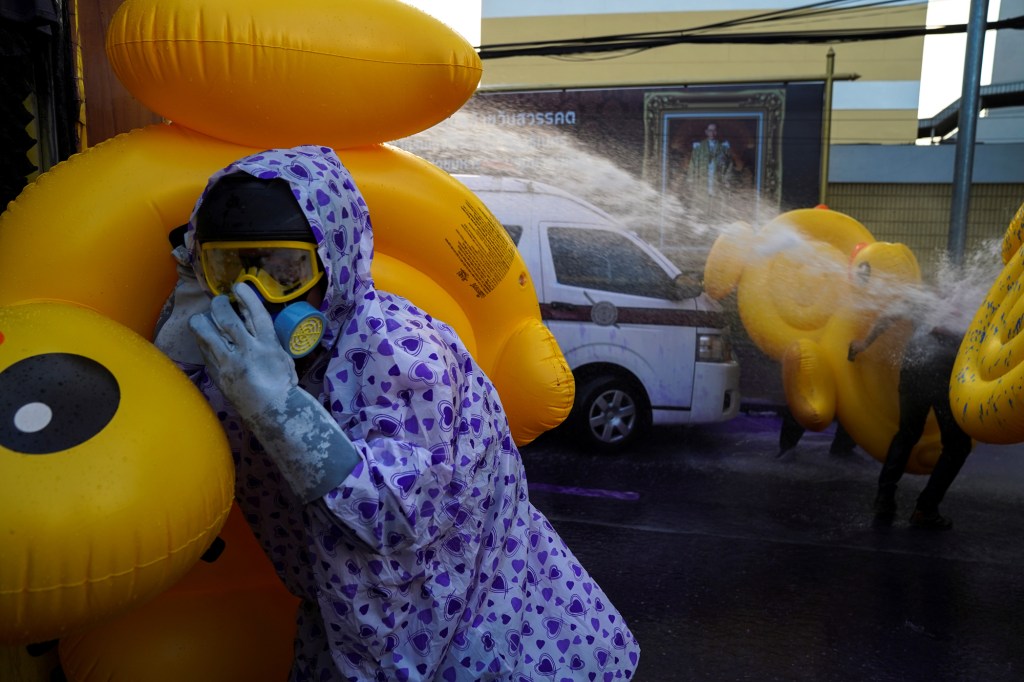 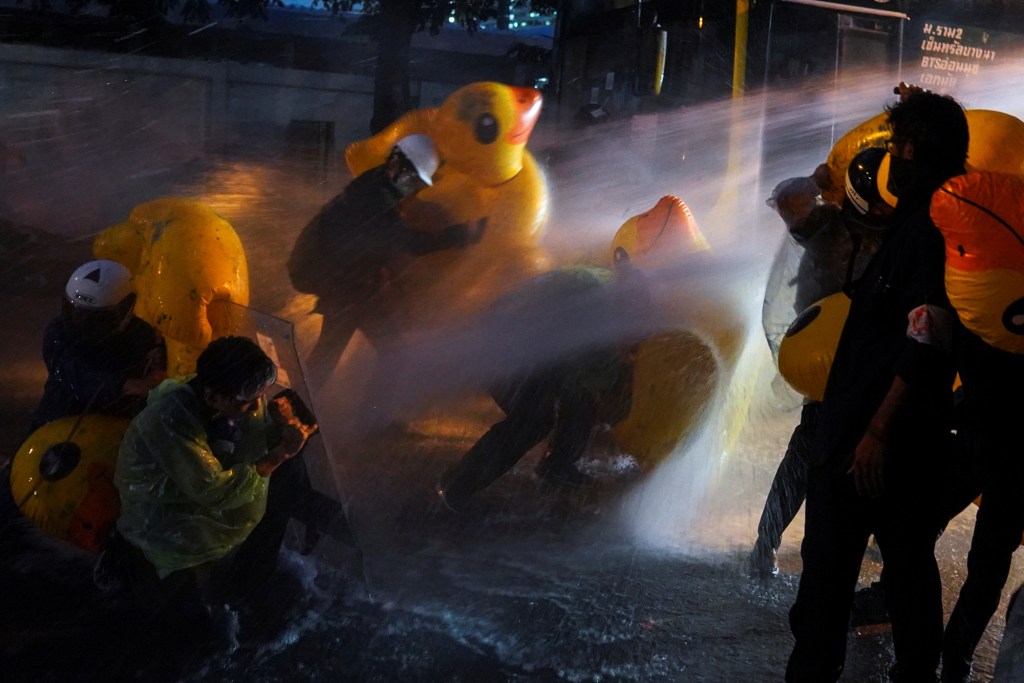 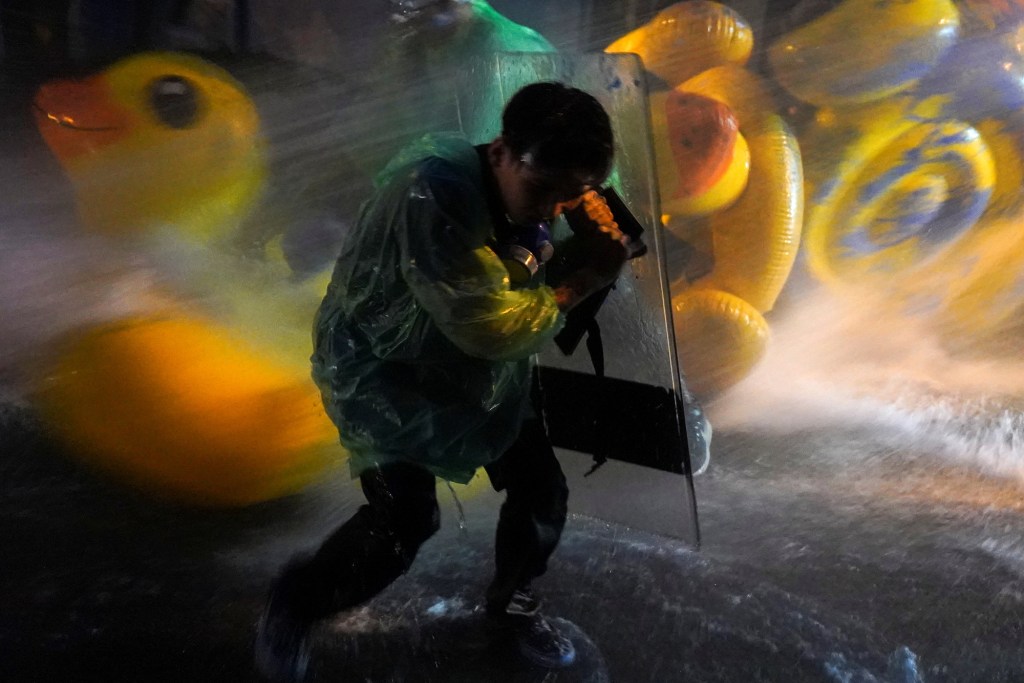 A nightmare date is wanted for savagely beating a woman...
6


Escalating violence has seen members of the pro-democracy movement clash with pro-monarchy demonstrators and police, who have taken to use tear gas and water cannons to disperse the protesters.

A Manhattan-based celebrity physician known as Instagram’s “hottest doctor” was caught partying maskless on a boat in Miami after months of stressing the importance of face coverings to his millions of followers, according to a report Thursday. Mikhail Varshavski — aka  Dr. Mike — was photographed rubbing elbows with a group of bikini-clad women in […]

Washington deputies fired 34 rounds in the fatal shooting of an armed suspect that sparked violent protests last month — so many that they mistakenly thought he was firing back at them, according to reports. An investigation showed three Clark County deputies shot 21-year-old Kevin Peterson Jr. when he fled a drug-dealing sting in Hazel […]

US Fertility, one of the largest networks for fertility clinics in the country, said hackers gained patient information — including names, addresses and Social Security numbers — through a malware attack. The breach was discovered on Sept. 14 when some of US Fertility’s computer systems were inaccessible, the company said in a statement Wednesday. A […]

Denmark’s prime minister broke down in tears Thursday while visiting a mink farmer whose herd was killed on government orders meant to curb the spread of coronavirus. Prime Minister Mette Frederiksen met with a father and son at their farm near Kolding in Western Denmark, telling reporters that the family has “had their life’s work […]

More than a million Americans traveled via plane on the day before Thanksgiving — the highest number since the COVID-19 pandemic exploded in March, new statistics show. Figures released by the Transportation Security Administration show that 1,070,967 travelers went through US screening checkpoints Wednesday, down from 2,624,250 in 2019. The one-day total is the highest […]

South Carolina Rep. James Clyburn — one of Joe Biden’s most important political backers — is pushing the president-elect to name an African-American to head the Department of Agriculture. “I’m sick and tired of people saying that rural America is only Nebraska and Iowa,” Clyburn told The Post on Thanksgiving, referring to two farm states […]