Eddie Chu, Raymond Chan and Ted Hui were each arrested by Hong Kong police on Wednesday morning for splashing pungent liquids and other items during meetings in Hong Kong’s main legislative chamber, the three revealed on their Facebook pages.

None of the ex-lawmakers were named by Hong Kong police in a statement on the matter, which only confirmed that it had arrested three suspects matching the ages of the men.

Authorities claimed that the suspects were held on suspicion of contempt in the legislature and intent to cause harm to others.

In late May, Hui rushed to the front of the chamber and dropped a rotten plant before attempting to kick it at the body’s president. Chu also took part, splashing a bottle of liquid. 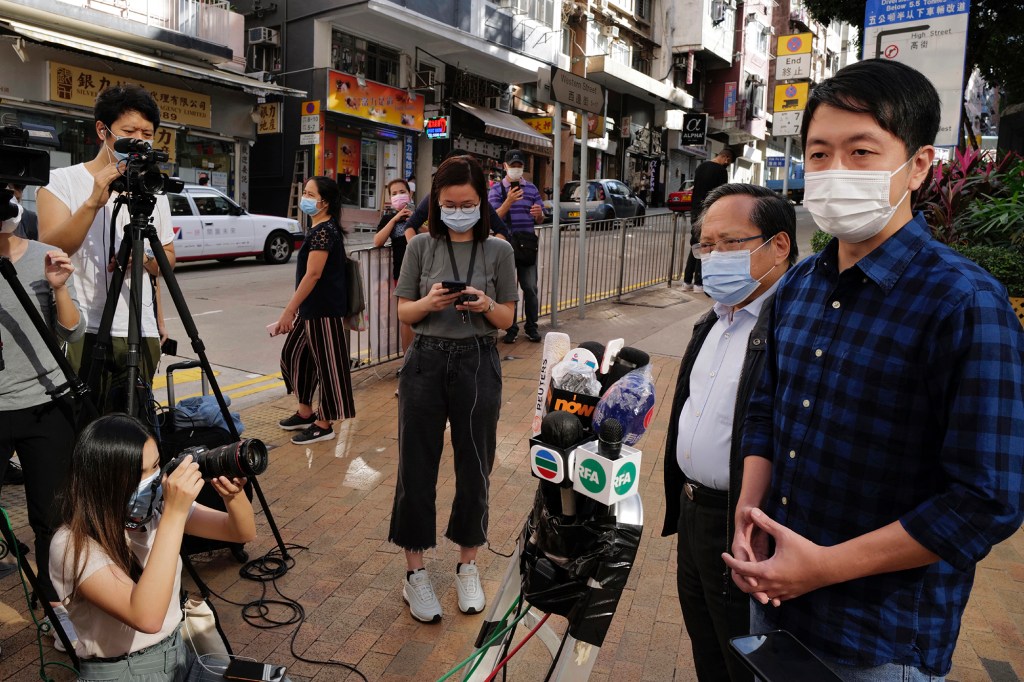 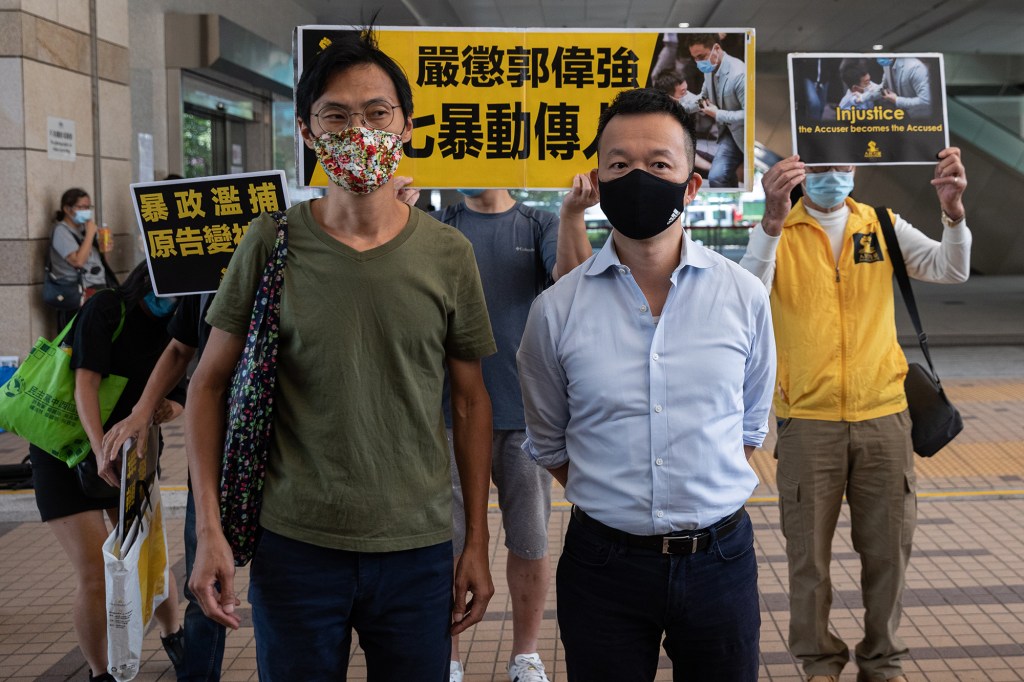 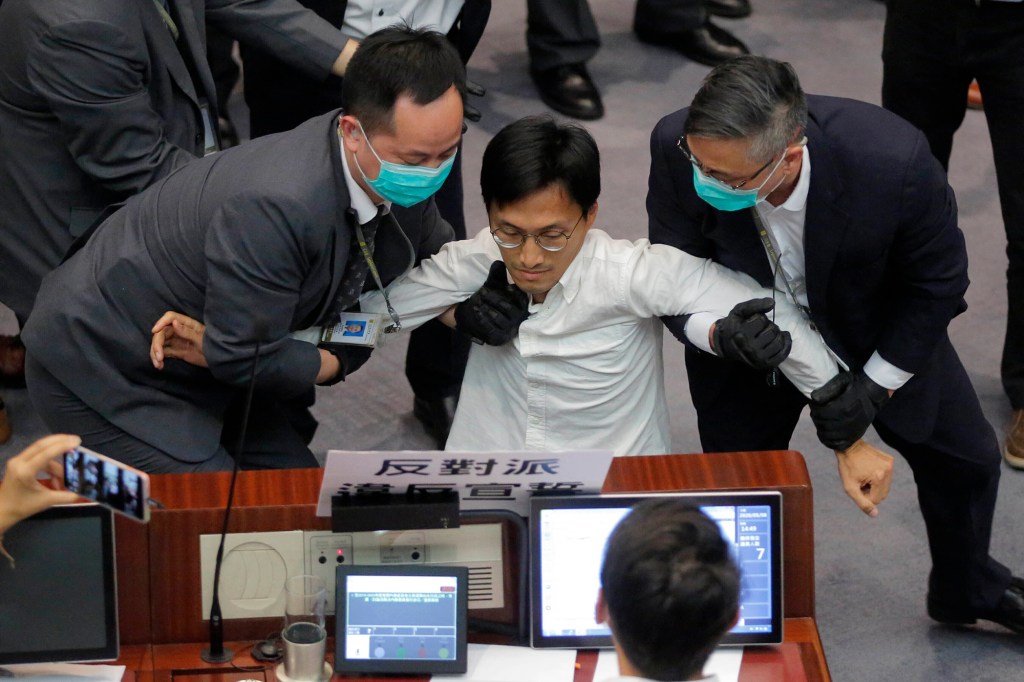 Eddie Chu is taken away by security guards during a Hong Kong Legislative Council meeting in May. 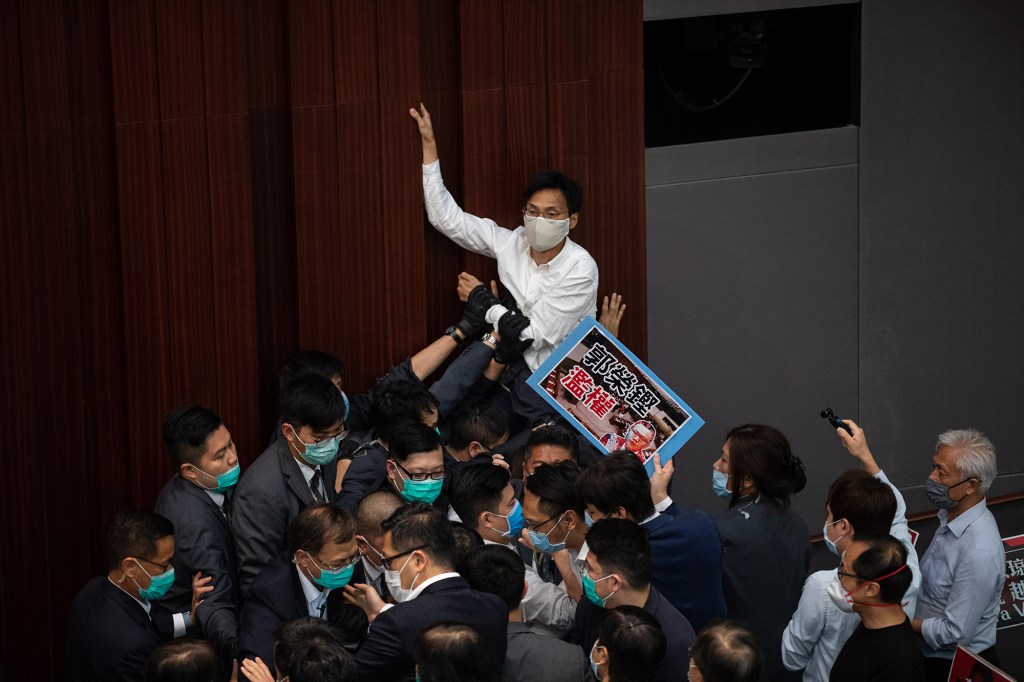 Eddie Chu Hoi-Dick tries to climb a wall during a House Committee at the Legislative Council in Hong Kong in May. 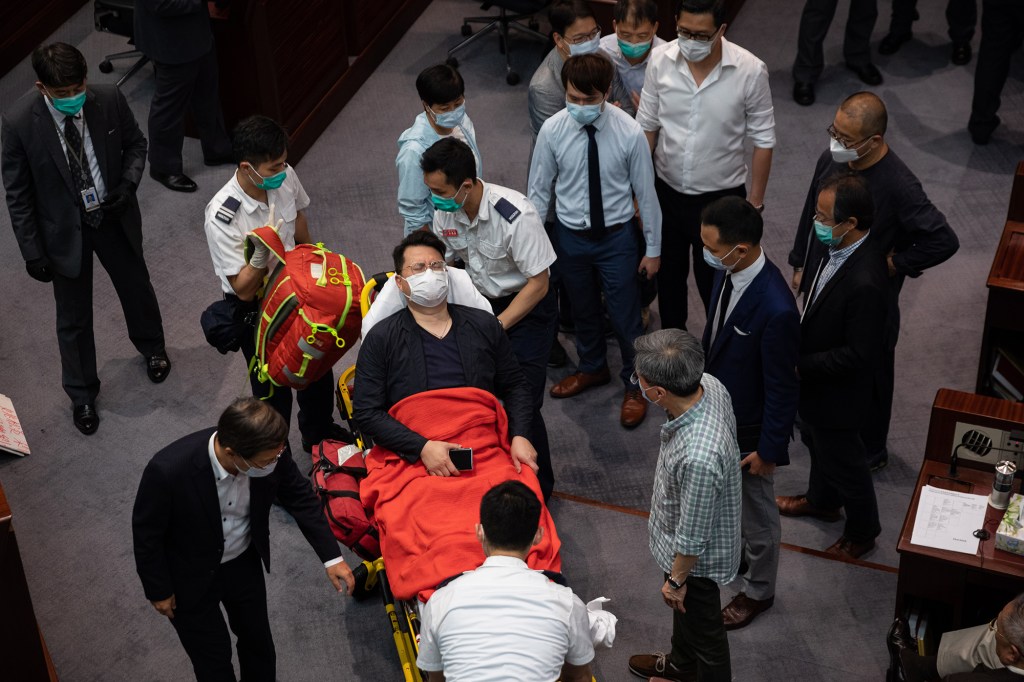 Andrew Wan Siu-kin lies on a stretcher after falling during a scuffle at a House Committee meeting at the Legislative Council in Hong Kong in May. 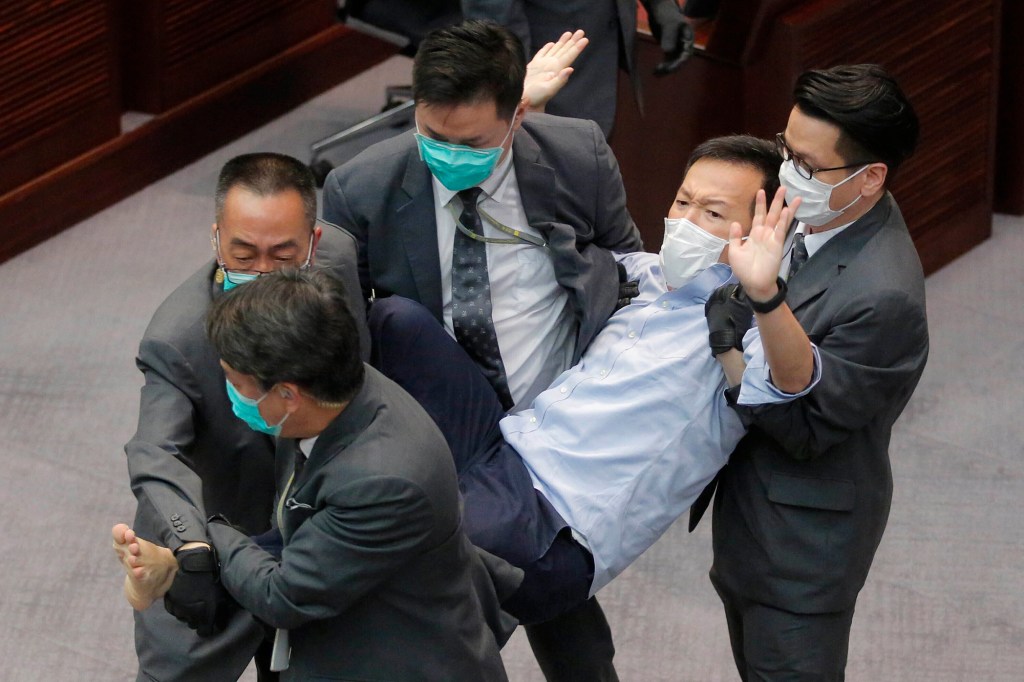 Ray Chan is taken away by security guards during a Legislative Council's House Committee meeting in Hong Kong in May.


Giants kept this hulking hybrid kicker for this exact scenario

He is a kicker who is built like a linebacker....
6


Upon discovering the liquid, multiple Chinese Communist Party-aligned lawmakers reported feeling unwell and emergency responders were brought in to address the matter.

Speaking to reporters upon being released on bail, Hui mocked the charges as “ridiculous.”

“This only shows to all Hong Kong people and to the world that this regime is a tyranny, that its persecution against dissidents, against opposition, against democratic legislators has never stopped. It’s been non-stop prosecution against us,” he said.

Hui was one of 15 Hong Kong lawmakers who resigned earlier this month. Chan and Chu had already resigned months prior, after the city’s Chief Executive Carrie Lam used the coronavirus pandemic as an excuse to delay the next set of legislative elections by a year.

Earlier this month, Chu and Chan were two of seven pro-democracy lawmakers who were arrested for similar activities that led to their most recent brush with the law: protesting in the legislature.

In June, China approved a sweeping and contentious national security law that permitted Communist Party authorities to crack down on “subversive and secessionist activity” in Hong Kong.

The legislation was passed amid warnings and criticism both in Hong Kong and internationally that it would be used to curb opposition voices and dissent.

Many criticized the law as Beijing’s boldest effort to date to crack down on the territory, which has maintained a semi-autonomous system separate from that of mainland China since it was handed back to the Communist nation by the British in 1997.

Since then, CCP-backed authorities have made hundreds of arrests based on the law, which broadly bars “any act of treason, secession, sedition, subversion against the Central People’s Government.”

A berserk woman went on a booze-related rampage — smashing hundreds of bottles of wine and spirits inside a British supermarket Wednesday. The woman entered an Aldi supermarket in Stevenage, England, and began breaking 500 bottles of alcohol that caused around $130,000 in damages, according to local reports. Video on social media shows the woman […]

A deep-frying turkey may have sparked a fire that destroyed three homes in Massachusetts Thanksgiving morning, authorities said. Residents heard an explosion before the blaze ripped through several homes in their New Bedford community at around 10 a.m., WBZ-TV reported. One woman was seriously hurt and rushed to St. Luke’s Hospital. Twenty-seven people were displaced […]

An Indian man who was falsely declared dead from COVID-19 recovered and went home — but his family had cremated someone else. Shibdas Bandyopadhyay, 75, was admitted to a hospital in Barasat on Nov. 11 after testing positive for the virus, and two days later, his family was informed he had died, The New Indian […]

It’s not quite the most wonderful time of the year. As the Christmas holiday draws nearer and new coronavirus cases continue to rise, UK government officials are looking for any means to avoid another lockdown. On Tuesday, UK officials announced a plan to relax coronavirus restrictions from Dec. 23 – Dec. 27, according to CNN. […]

President Trump deserves thanks for appointing three conservative Supreme Court justices , each of whom ruled this week in favor of religious groups and against New York government officials seeking to curb congregation sizes at religious services, a key supporter of the president wrote on Thanksgiving Day.   The Rev. Franklin Graham, son of the late Rev. Billy Graham and […]

Brazilian President Jair Bolsonaro said on Thursday he will not take a COVID-19 vaccine. “I’m telling you, I’m not going to take it. It’s my right,” Bolsonaro said in a live broadcast streamed on multiple social media platforms. The right-wing leader also said that Congress is unlikely to require Brazilians to get vaccinated. Bolsonaro, an […]