WHO launches strategy to expedite end of cervical cancer

The World Health Organization (WHO) on Tuesday announced a global strategy to accelerate the end of cervical cancer.

The strategy follows a call to action in 2018 from WHO Director-General Dr. Tedros Adhanom Ghebreyesus and involves 194 countries working together to end the preventable cancer.

By 2030, the strategy aims to reach 90% human papillomavirus (HPV) vaccination coverage (certain high-risk HPV types can cause cervical cancer), 70% screening coverage and 90% access to related care in all countries. 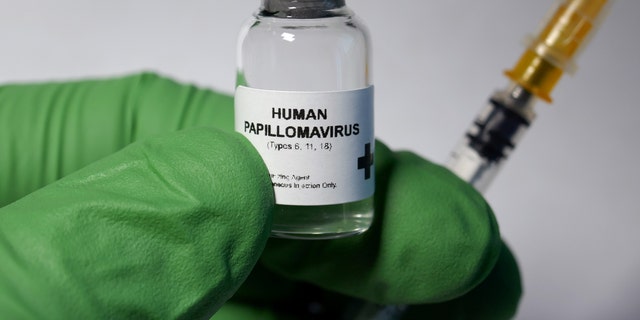 “Every year, we lose more than 300,000 women to a disease which is almost entirely preventable and potentially curable if diagnosed early,” Ghebreyesus said at the virtual launch. “We have the tools to make cervical cancer history.”

“This is a historic moment for global health,” he continued. “It marks the first time that the world has committed to eliminating a cancer.”

Richard Freeman, the moderator of the virtual launch, said countries have been illuminating their landmarks and monuments in teal, the color representing cervical cancer awareness and elimination. According to the WHO, 80 monuments worldwide will “illuminate the cause,” including in Canada, Australia, Uzbekistan and El Salvador, among others.

The WHO released a video with women around the world sharing testimony about their cervical cancer diagnoses and battles.

“I was so shocked when these results came out positive because I wasn’t in any pain, or I wasn’t having any symptoms,” Sally Kwenda of Nairobi, Kenya, said in the video, adding that her husband left her after her hysterectomy, or a procedure to remove all or part of the uterus.

Another woman confessed suicidal thoughts amid her fight against cervical cancer.

“If you get screened early, this is a disease that is preventable, and it is curable,” Kwenda continued.

Kayla Rivas is a Health reporter and joined Fox News in April 2020.

Ronna McDaniel urges Georgia Republicans to vote in Senate runoffs, not 'lose your faith'
No Comments

Republican National Committee Chairwoman Ronna McDaniel on Saturday urged Republican voters in Georgia to vote for the party's Senate candidates in the January runoffs. Some Trump supporters in the state had reportedly expressed reluctance to vote in the Jan. 5 runoffs out of concerns the presidential election was "rigged" in favor of Democrats and the […]

The NBA announced Saturday that the ceremony for Koby Bryant’s induction into the Basketball Hall of Fame will be held in May of 2021. It had been announced in April that Bryant would be awarded the honor posthumously. The Lakers legend died at age 41 in a helicopter crash in January, along with his daughter, […]

Japan is struggling with a mental health crisis as the coronavirus pandemic rages on, with more people dying in one month from suicide than from COVID-19 all year long. The National Police Agency said suicides surged to 2,153 in October alone, with more than 17,000 people taking their own lives this year to date, CBS reported. By comparison, fewer than 2,000 people […]

That knock on your door? It might be someone attempting to take your home. Police in suburbs north of Seattle say so-called “sovereign citizens” have been visiting homes in at least two communities, presenting homeowners with official-looking documents, and announcing that they’re the rightful owners. In at least one case, a homeowner was told she […]

A mysterious metal monolith that was recently discovered in the southern Utah desert has now disappeared, officials said Saturday. The ten-foot-high silver structure — which was installed illegally — was removed by an “unknown party” on Friday, the Bureau of Land Management said in a statement. The BLM said its employees did not remove the […]